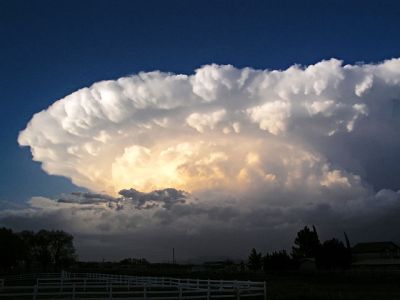 Source: Courtesy of the U.S. National Weather Service
E.I. du Pont de Nemours and Company (NYSE: DD), commonly known as DuPont, reported first-quarter results before markets opened Thursday. The diversified chemicals company posted diluted earnings per share (EPS) of $1.58 on revenues of $10.1 billion. In the same period a year ago, the company reported adjusted EPS of $1.56 on revenues of $10.41 billion. First-quarter results also compare to the Thomson Reuters consensus estimates for EPS of $1.59 and $10.45 billion in revenues.

Operating margins improved across most segments. However, the company said adverse weather conditions reduced earnings by an estimated $0.07 per share.

We achieved substantial earnings growth in most of our segments in the first quarter as we advanced our strategic and operational priorities. … We delivered near record earnings per share despite the challenges of harsh weather and differences in year-on-year comparisons in our Agriculture Segment, and our key initiatives remain on track.

DuPont shares were inactive in premarket trading Thursday, after closing Wednesday at $67.72 in a 52-week range of $48.23 to $68.82. Thomson Reuters had a consensus analyst price target of around $68.64 before the report.

ALSO READ: Jefferies Stocks to Buy That Could Jump From an Earnings Surprise