Merrill Lynch Gets Bullish in Containerboard for MLP Ambitions 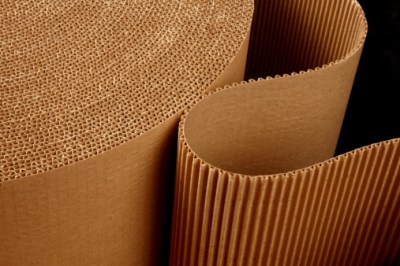 Source: Thinkstock
Bank of America Merrill Lynch is getting more bullish on the containerboard industry. The brokerage firm maintained that Packaging Corp. of America (NYSE: PKG) was the firm’s top pick in the segment but it has raised two other ratings as well. What is interesting here is that the case for moving to master limited partnerships (MLPs) is one of the issues highlighted in the report.

Again, the upgrades are based mostly on the likelihood of MLP conversions. The analyst team said the containerboard stocks are attractive after the interest created by Perry Capital in presenting its investment case for MLP structures in containerboard back in July. After doing more research on the matter, the Merrill Lynch team believes that the companies will attempt to convert a portion of their businesses to MLPs.

The firm’s view is that this would revalue the key containerboard stocks. Even using a conservative model framework, Merrill Lynch comes up with 20% to 30% upside potential in the shares through a conversion. It sees the most upside from Rock-Tenn at about 28%, followed by Packaging Corp. at about 25% upside and then International Paper at about 22% upside.

Still, Merrill Lynch did at least warn that an MLP conversion is not a done deal. There are other risks as well. The report said:

We note that MLP conversion is not guaranteed, and our valuation model is unavoidably imprecise given the number of assumptions one needs to make, partly as MLP structures in paperboard have never been attempted. Moreover, the companies may choose to not pursue the MLP structure for various reasons. In addition, all is not well in containerboard. Having downgraded International paper and Rock-Ten to Neutral (from Buy) about a year ago, which has proven to be a non-consensus call, we have been very consistent in pointing out the capacity challenges in the sector. Should demand remain lackluster or worse and/or capacity increases come on at higher rates, this could also cause us to reassess our ratings. We expect pretty choppy third quarter results particularly for Rock-Tenn and International Paper, and have reduced our forecasts through 2016.

When MLP conversions take place, the dividends generally become distributions with a component of dividend income and a return of capital. The one downside is that they can create more difficult tax monitoring for investors. These three dividend yields are currently as follows:

Packaging Corp. remains Merrill Lynch’s top pick in the containerboard sector. All in all, the team expects that an MLP conversion would be a positive catalyst. The world of tax-efficient MLPs and REITs (and now Yieldcos) has been changing and expanding handily. Stay tuned.