The Bullish and Bearish Case for Caterpillar in 2015 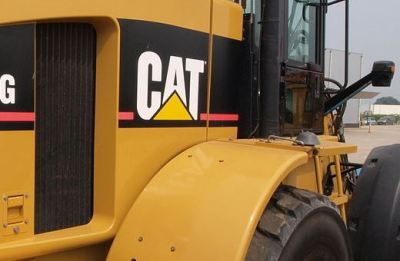 Source: Wikimedia Commons
The bull market is entering its sixth year. While 2014 brought gains of 7.5% for the Dow Jones Industrial Average (DJIA) and 11.4% for the S&P 500 Index, outside of dividends, Caterpillar Inc. (NYSE: CAT) closed out the year 2014 at $91.53, for a gain of 3.5%, including its dividend adjustments. 24/7 Wall St. has decided to run a bullish and bearish analysis of Caterpillar to see what lies ahead for it in 2015 and beyond.

One key consideration for the year ahead for Caterpillar is that it was a surprise winner for much of 2014, before reality started to set in. When we ran a bullish and bearish case for 2014, Caterpillar was expected to lose less than 1% at the time. It was up nearly 20% at one point in 2014, after bargain hunters drove up this weak link in the DJIA far too high.

Caterpillar trades with a low multiple because its core markets are in flux. The global growth engine has slowed in core emerging markets, and the mining industries are suffering from weak pricing around the globe. Analysts expect that Caterpillar’s revenues will have been down by about 1% in 2014 — with growth expected at less than 2% for 2015.

Another issue is that 2015 got off to a rough start for Caterpillar. The analysts at J.P. Morgan downgraded Caterpillar to Underweight from an already-cautious Neutral rating. Its price target was slashed all the way down to $80 from $95 in the call. That particular downgrade came with the warning that mining companies would lower capital spending yet again in 2015, by roughly 5%. Another headwind is the strong U.S. dollar, making U.0.S exports more expensive for foreign buyers. Also, did the Santa Rally in 2014 eat into the upside for 2015?

So, what would make for a better-than-expected 2015? One thing that would help is a stabilization in currencies outside of the United States. Another would be more stable commodities markets tied to mining. A third boost would be added stimulus from Europe and nations in Asia. The long and short is that a lot of things would have to happen to fix the trajectory here. Still, it is only January, and investors often try to discount news — for better or worse — for sixth months or more into the future.

One wild card that could help Caterpillar out is that things just might not be as bad as many fear. It feels like a stretch at the start of the year when you consider the woes of Russia, weak oil, weak mining, weak emerging markets and Europe, and the rest of the global woes. Again, it is just January, and markets tend to turn up ahead of the actual recoveries. To show just how widespread the expectations are, one analyst still has a price target  for Caterpillar above $120.

With a dividend-adjusted performance of 3.5% in 2014, Caterpillar’s total expected upside, with the dividend included, for 2015 was expected to be 19.3% at the end of the year. This already feels too ambitious, but remember that aside from this just being the start of 2015, Caterpillar was up almost 20% at one point in 2014 when it was expected to post a slight loss in 2014 under this same analysis last year.