The Bullish and Bearish Case for DuPont in 2015 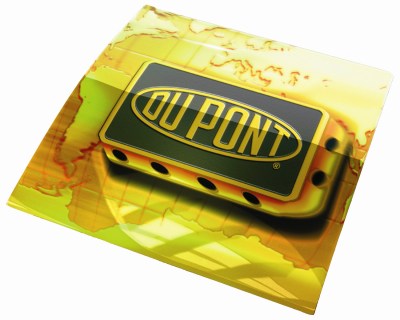 Source: E. I. du Pont de Nemours and Company
Can you believe that the bull market is now almost six years old? In 2014, the Dow Jones Industrial Average rose by 7.5% and the S&P 500 Index rose by 11.4%. While those index performances do not account for individual stock dividends, E.I. du Pont de Nemours and Co. (NYSE: DD) closed out the 2014 at $73.94, for a gain of 17%, including its dividend adjustments.

24/7 Wall St. has undertaken a bullish and bearish case to evaluate both sides of the coin and see what lies ahead for DuPont in 2015. One key consideration for the year ahead is how DuPont responds to pressure from activist investors like Trian Fund Management’s Nelson Peltz to split the conglomerate into pieces.

Peltz’s latest salvo came after markets closed on Thursday, when Trian sent a letter to DuPont nominating four candidates for DuPont’s board at the 2015 annual meeting. DuPont issued a reply touting current management’s successes and saying the board will review Trian’s nominees and make a recommendation to shareholders prior to the meeting.

DuPont will split off its performance chemicals business by the middle 2015 into a new company to be called Chemours Co. Along with the spin-off, the company has announced a redesign initiative that management expects to result in $1 billion in savings by 2019. DuPont will take a pretax charge of around $315 million in the fourth quarter to pay for separation and other costs associated with the restructuring. All told, DuPont will have taken charges related its redesign initiative totaling almost $580 million in 2014.

ALSO READ: The Bullish and Bearish Case for United Technologies in 2015

But Peltz is not the only investor seeking more than what DuPont has committed to so far. The California State Teachers’ Retirement System is another shareholder that wants more action from DuPont.

Perhaps the biggest threat to the company’s 2015 performance is the global economy. Only two of the company’s seven segments posted revenue gains in the third quarter, and those were the company’s two smallest groups, and the growth was just 4% in each.

It is worth noting, too, that not every analyst agrees that splitting the company up is going to create a lot of new value among the pieces. The consensus price target seems to back up that position. With a 2014 trading range of $59.35 to $75.82, the consensus analyst price target of $71.00 would imply downside of 4% this year. Then there is the dividend yield of 2.6% to consider.

After a dividend-adjusted performance of 17% in 2014, DuPont’s total downside this year, with the dividend included, is expected to be 2.3%.

DuPont simply does not generate a lot of enthusiasm, much less excitement, among investors. The company is more than 200 years old, which doesn’t help its image. The company may try to silence its critics with buybacks and dividend hikes, which would be good for retail investors but probably will not keep the activists quiet.

ALSO READ: The Bullish and Bearish Case for 3M in 2015

Can Sigma Labs Bring 3D Printing Back to Life?