Tesla Motors, Inc. has finally filed for an initial public offering.  The maker of the electric roadster and electric sedan filed to sell up to $100 million in common stock in an IPO after the close of trading on Friday. As with most IPO filings, Tesla did not give any financial term.  But the filing also does not give a proposed stock ticker nor whether it plans to list on the NYSE or NASDAQ.

The underwriting group is a solid group of go-to underwriters: Goldman Sachs, Morgan Stanley, J.P. Morgan, and Deutsche Bank.  As of December 31, 2009, Tesla had sold 937 Tesla Roadsters to customers in 18 countries and is developing its planned Model S sedan with a planned launch in 2012. 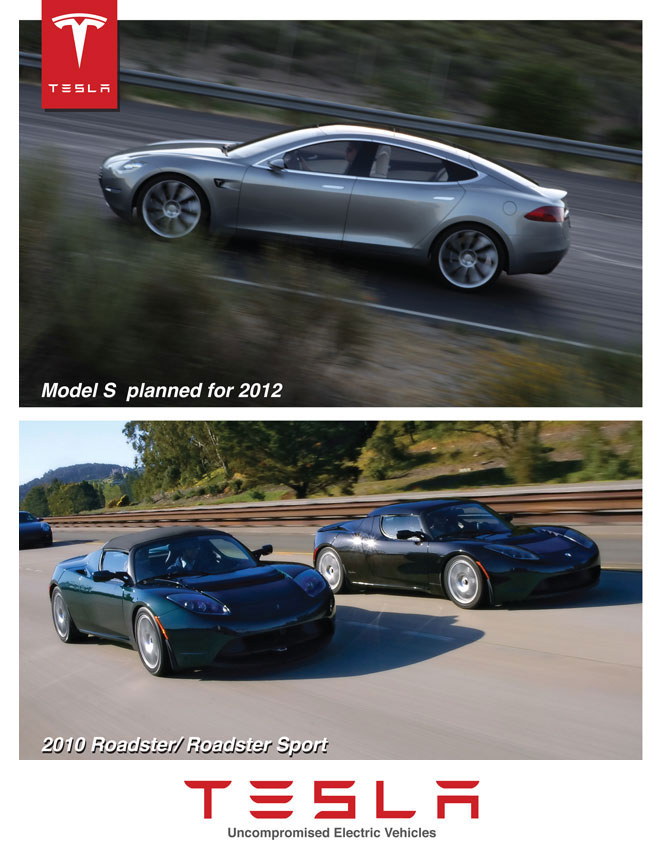