The Twenty Most Productive Nations In The World 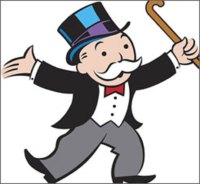 24/7 Wall St. decided to find the most productive countries in the world. The challenge of creating this list could be framed in a number of ways, including selecting a source for the data and determining the measurements used.  24/7 elected to use GDP per capita as the measurement and the International Monetary Fund as the source for the data.  The GDP is, of course, affected by the country’s population, its natural resources, or its manufacturing expertise.  In addition, the minimum standard of living mandated by each government impacted the earning power of the people in each of these countries.

The list is divided into several groups, each of which has a significant and identifiable aspect marking its place among the nations with high productivity.

The first of these are countries where the governments exert a high degree of control over regulatory and business policy while allowing free market capitalism to operate with little restriction. The countries may be oppressive in terms of individual rights, but many of their laws have been established to attract financial and manufacturing companies from around the world. This list includes Singapore and Hong Kong. Neither of them has much in terms of natural resources. Each has created a large financial and trading base and has helped develop and foster an extremely well educated workforce.

Another group of countries that comprise the list are energy rich. These include Norway, which is the most productive country, and Middle East nations, including Kuwait and the United Arab Emirates. Their countries have small populations, particularly in relationship to their vast oil and gas wealth.

Natural resources are not limited to crude oil. Some of the countries on the most productive list, which have a very broad range of raw materials, are Canada, Australia, and the United States

Another set of counties on the list are “old world” manufacturing and transportation nations which have held their positions on the productivity food chain for decades if not centuries. These include Germany, Austria, Denmark, and to a lesser extent France.

Intellectual property is a primary source of GDP for two nations on the list: Japan and especially the United States.  America also has the advantage of possessing one of the world’s largest supplies of raw materials and the largest agricultural economy.

The one misleading aspect of the “productivity” of the countries on the list is that some of them are socialist states that provide incomes for the vast majority of their citizens or insist on regulations that require companies working within their borders to provide favorable unemployment benefits. These nations include Norway, Sweden, and to some extent Switzerland and Finland. Many economists would make the argument that if the GDPs of these countries were not especially strong they would not be able to support underemployed or unemployed citizens.  It is clear that a nation rich enough to support its “poor” is by definition highly productive.

Nearly all of the countries on this list have existed largely as they are today since WWII and some much longer. The exceptions are in the oil rich regions of the Middle East.  All of these countries are located in areas which are not beset by the kind of strife that is relatively common in many parts of Africa and the Middle East. The political stability of the countries on this list, combined with favorable government economic policy, natural resources, refined manufacturing skills, financial prowess or some combination of these makes these nations unusually productive.

24/7 Wall St. looked at a number of sources for both GDP and population, including The World Bank. The International Monetary Fund, The CIA’s World Factbook, and information provided by US agencies. Information about economic activity in each country came from State Department sources, the CIA’s World Factbook, and data provided by the countries themselves.GDP figures are based on the purchasing power per capita calculation. 24/7 Wall St. used the IMF GDP data.