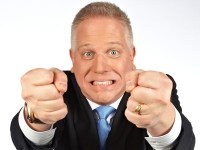 News Corp (NWS) Chief Executive Rupert Murdoch had the last laugh, as he often does on Glenn Beck’s many critics.

“They don’t boycott watching it,” the billionaire is quoted as saying. ” We’re getting incredible numbers.”

Data from Nielsen Co. shows the program is seen by more than 2.4 million viewers, including 637,000 in the 25- to 54-year-old demographic of interest to advertisers on news programs.  Though his audience is down and some advertisers have fled over his controversial remarks calling President Obama a “racist”, his audience is larger than programs on the time same time slot at CNN, MSNBC, CNBC and HLN combined.  Beck also reaches millions more on his radio and is a best-selling author aside.

Activists eager to rid the airwaves of Beck miss two important points.  First, he is one cog in Murdoch’s media empire, which earned $875 million in its fiscal fourth quarter.  Profits at Fox News were up 19% to $534.8 million in 2009 and revenue gained 14% to $1.21 billion,  according to the Project for Excellence in Journalism.

Most advertisers who have fled Beck’s show probably never realized that they were on it because commercial time is rarely purchased on an individual show.  They buy based on demographics. If an advertiser does not want to be on the Beck show, he can tell Fox to move it to another program. It’s not that big of a deal.

Where the activists may be having an impact is on the program’s rates.  Without many blue chip advertisers, Fox probably had to lower the price for commercial time on Beck’s show.   As memories of Beck’s anti- Obama rant fade, some may return.

Even if News Corp loses money on Beck, which it probably does not, he is worth it because of the buzz he generates for the top-rated cable news channel.  Murdoch also has publicly backed Beck.

The controversial broadcaster is not going anywhere.