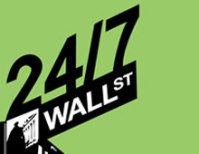 There are many issues on deck for The Unusual Suspects that are carryover issues from Friday or which have events on the schedule.  This week’s Unusual Suspects for the week ahead covers Aeropostale, Inc. (NYSE: ARO), American Public Education, Inc. (NASDAQ: APEI), The Bank of Ireland (NYSE: IRE), Berkshire Hathaway Inc. (NYSE: BRK-A), Cisco Systems Inc. (NASDAQ: CSCO), Dendreon Corporation (NASDAQ: DNDN), Globalstar, Inc. (NASDAQ: GSAT), Hewlett-Packard Co. (NYSE: HPQ), Research-in-Motion Limited (NASDAQ: RIMM), SandRidge Energy, Inc. (NYSE: SD), Target Corporation (NYSE: TGT), Terra Nitrogen Company, L.P. (NYSE: TNH), Walt Disney Co. (NYSE: DIS), and even the SPDR Gold Shares (NYSE: GLD).  We have given a large rundown of the event or catalyst for each, as well as our directional expectations for the week ahead.

Aeropostale, Inc. (NYSE: ARO) did some technical damage and the fundamentals may be shifting here.  This is a company that managed to grow sales during much of the recession and either the cycle is peaking or there are issues.  When it said that same-store sales grew only 1%, it also gave the revenue figure for its Q2 period rising 9% to $495.1 million with an expected earnings of $0.45 to $0.46 EPS vs. $0.38 a year ago but versus a prior guidance of $0.45 to $0.48 EPS.  The company said the guidance was “due primarily to the challenging retail environment, as well as a change in consumer shopping behaviors.”  The company has earnings estimates of $2.79 EPS this year, $3.02 EPS next year, and $3.36 two-years out.  Shares are not expensive in valuation at under $25.00 versus a 52-week range of $19.10 to $33.24, but the problem is this was over $30.00 as recently as July 23.  This one was weak on above average volume.  Aeropostale shares have to fly lower.  If this follows the same pattern as late 2008 when it broke under the 200-day moving average as we saw this week, then this will stabilize for a few days and then it will fall about 15% lower.  There is more risk than reward in the stock.

American Public Education, Inc. (NASDAQ: APEI) murdered its shareholders with its lower full-year guidance based upon lower military student enrollments.  Shares hit a new 52-week low of $28.50 with a closing price of $28.96.  The 32% drop on Friday, along with the new legislation after industry investigations that risk federal funding, is going to keep pressure on it and on peers (for-profit education peer tickers are APOL, CECO, COCO, WPO, LOPE, BPI, CPLA, EDMC, DV, ESI, LINC).  The turbulence and volatility here will likely remain elevated for this company and its related peers.

The Bank of Ireland (NYSE: IRE) had its ADRs touted by Barron’s in this weekend’s edition for international traders.  It noted, “A Brighter Day for Two Bailed-Out Banks : Lloyds Banking Group and Bank of Ireland appear poised to perform well.”  We have previously noted how this one could run up to $5.50 before any real resistance comes into play.  This leaves about 20% upside if our call is right.  The stock is still under the highs on Monday of $4.86 with a $4.75 close, but this Friday’s close versus the prior Friday’s close IRE’s brought a gain of almost 4%.  Unless the Euro-currency tanks, there is more room to run higher here.

Berkshire Hathaway Inc. (NYSE: BRK-A) (NYSE: BRK-B) reported earnings on Friday after the close that can be interpreted as both bearish and bullish.  Earnings were $3.074 billion versus $1.78 billion in the second quarter of 2009 as $1,866 per share on an adjusted basis.  The net figure after you back out a $671 per share hit against earnings from the derivatives losses comes to earnings of $1,195 per share. Thomson Reuters had estimates at $1,360.44.  The A-Shares closed at $120,600.00.  Berkshire Hathaway still holds the week old “top performer” as we said the performance of the conglomerates was making “2010, The Year of the Conglomerates.”

Cisco Systems Inc. (NASDAQ: CSCO) may be a winner of the H-P scandal as its efforts to go into the data center now competes against H-P.  Cisco has earnings on Wednesday after the closing bell. and it was in our “Next Week’s Can’t Miss Earnings” on Friday before the close.  At $24.07, its 52-week trading range is $20.68 to $27.74.

Dendreon Corporation (NASDAQ: DNDN) was reported after the close Friday as having received a letter from the FDA hitting it on marketing materials, which we have outlined at BioHealthInvestor.com with our expected outlook.  Profit taking versus buyout rumors (hopes).

Globalstar, Inc. (NASDAQ: GSAT) is still up considerably from the lows of late-2008 and early-2009 but at $1.77 this is down close to 90% from the post-IPO highs of late 2006. The sat-phone provider had a late-Friday amended S-3 filing around 2:40 PM EST showing that holders would be able to sell up to 13,000,000 shares from stockholders associated with its acquisition on December 18, 2009 of certain assets and the assumption of certain liabilities of NOXA Holdings LLC.  Go back to December 18 and the stock was only trading at $0.95 versus the $1.77 close on Friday.  Some guys who sold their company are now able to lock in an extra 84% in gains on top of the business sale.  With an average volume of about 700,000 shares and with trading volume having been low and under average volume every day since July 16, it seems like a selling volume wave from holders is about to come into play that could make shares a bit cheaper.  Its 52-week range is $0.61 to $2.11.