The Cash Against The Potash Board Of Directors 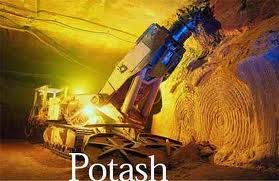 Potash Corporation of Saskatchewan Inc (NYSE: POT) does not want to be taken over by big miner BHP Billiton (NYSE: BHP). It believes the price which BHP offered is too low, and may also think that BHP will fire many Potash workers.

Potash is one of the largest sellers of fertilizers in the world, and BHP wants to gamble that this business will get better. The Potash board has used the same reason to hold out for a better offer. But none has come. There has been a great deal of speculation that Chinese interests may make an offer.

The fate of any buyout of Potash will rest with Canadian regulators and to some extent with large Potash shareholders, particularly several huge Canadian pension funds. The interests of the funds will almost certainly be based on how they will get their greatest return. Canadian authorities may not want Chinese interests to control one of their largest companies. This may seem unfair, but Chinese firms, especially those supported by the People’s Republic’s central government have run into similar resistance in US and Australia.

The most important factor of the BHP bid has nothing to do with the Chinese. The offer for Potash has taken its stock from $114 to $150. The BHP offer is roughly a month old. Potash’s prospects and earnings have been so poor that in July the stock dropped to $85. That is not the trading pattern of a company with an extremely bright future. And the low share price case is not new. Potash’s stock has not traded above its current level in more than two years.

Potash investors have begun to discover that there is no white knight. BHP may withdraw because of the uphill fight it has waged due to the decision of the Potash board to resist its offer. And, if BHP disappears, the Potash shares will likely drop back toward $100. The board of directors will not have done  shareholders a favor if that happens.