Is the United States Getting More Corrupt? The Most (And Least) Corrupt Nations In The World 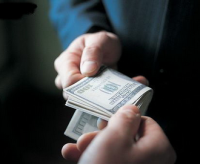 People think that the United States is more  corrupt this year than last year, according to Transparency International’s widely followed Corruption Perceptions Index.

To be precise, the U.S. scored a 7.1 on the 10 point scale, down from 7.5 a year ago.  It fell from 19th to 21st place. As Reuters notes, Uncle Sam’s score was a record low and marked the first time in the 15-year history of the Index America did not finish in the top 20.  But even more depressing was the list of the other decliners which includes Czech Republic, Greece, Hungary, Italy, Madagascar and Niger.  The well-regarded non-profit theorizes that, “notable among decliners over the past year are some of the countries most affected by a financial crisis precipitated by transparency and integrity deficits.”

There are media reports abound with stories of money being wasted on TARP and the economic stimulus.  Pundits fretted that as much as $50 billion in government stimulus money would be siphoned off due to fraud.  Expect the Republicans to make ferreting out misspent funds a priority if, as expected, they take over one or both houses of Congress.

Before Americans digest the ramifications of the Transparency International numbers, they should consider what life is like in countries whose ratings also slipped.

In May, a new center-right government was elected in the Czech Republic on a promise to crack down on corruption which has stalled, according to an August 12 Wall Street Journal story. The English language Prague Daily Monitor reported earlier this month that the The Czech Government National Economic Council proposed 15 measures to fight corruption.

Greece, which needed a bailout from the IMF to avoid default, is being forced to confront corruption at all levels for years.  Prime Minister George A. Papandreou told the Brookings Institution earlier this year that he understood why many people were skeptical of his government’s promise to crack down on corruption.   That’s an understatement. Brookings estimates that corruption deprives Greece of at least 8% of its Gross Domestic Product annually.

Italian Prime Minister Silvio Berlusconi and his son are under investigation for tax fraud.   Bloomberg News is reporting that an Italian Senate committee this week is voting on a bill that would protect the country’s two highest institutional offices from prosecution by changing the constitution.

Hungary was warned last year by nine embassies in Budapest that instances of “non-transparent” behavior would discourage foreign investment.
One third of top Hungarian managers admitted in a survey that they regularly bribe politicians.

Corruption in Madagascar is a problem that the government “appears to be taking seriously”  because it’s perceived as being widespread, according to the Heritage Foundation. The breadth of the problem is breathtaking.  “As in many other countries, corruption is a daily part of life in Madagascar,” the U.S. Agency for International Development (AID) says. ” It is standard practice to pay bribes for the transportation of goods, a new permit, traffic violations, and even a high school diploma.”

Niger also has had endemic corruption for years.  Fighting corruption is a priority for the military government which the Voice of America says formed a 40-member commission of soldiers, tax experts and accountants to recover funds that might have been stolen during ousted President Mamadou Tandja rule, which ended earlier this year after a coup.

The entire list shows that poverty and government stability play a significant part in the ratings.