Ireland And The Return Of Moral Hazard 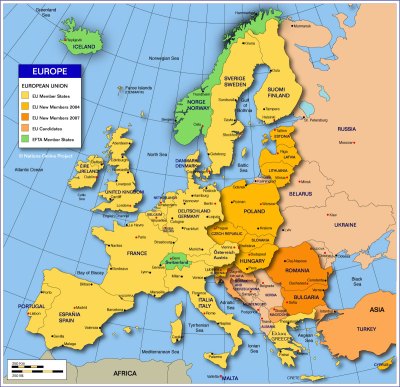 Ireland is in deeper financial trouble than it might imagine. A recent Bloomberg  poll of global capital markets investors showed that 51% believe Ireland is likely to default on its sovereign debt obligations. Ireland is in the middle of creating a plan to cut $20 billion from its budget. But fear fathers fear and the yield on Irish debt has climbed to 9%. The Irish government says it cannot sustain its credit needs if rates remain so high.

Leaders of EU nations sought to calm the markets as they said they would stand behind Ireland’s debt, but their statement on the matter contained an ominous phrase:

“Whatever the debate within the euro area about the future permanent crisis resolution mechanism and the potential private sector involvement in that mechanism we are clear that this does not apply to any outstanding debt and any program under current instruments.”

The Ireland debt crisis again raises the issue of moral hazard. Ireland may be less aggressive about budget cuts if a bailout is in the wings. The majority party in the country is already under siege and opponents may seek power by telling voters that budget cuts are too steep. The citizens of Ireland, like all of those in nations which have adopted harsh austerity measures, are concerned about jobs, pensions, retirement ages, and higher taxes. People who work and pay taxes today will have to bear the burden of past financial sins.

The heart of the matter is not that moral hazard will soften budget cuts. It is that the voters of Ireland may assume that other countries in the region will support Ireland even if Ireland’s citizens reject austerity.  That is far from a sure thing.

The problem of the fight between the Irish citizens and their government will likely spread. Spain, Portugal, the UK, and Greece  have all cut government costs and this has triggered huge protests by unions, government workers, and students. If Ireland’s voters can cause a dismantling of the austerity programs there, and the EU still needs to aid the country to prevent a tremendous sell-off of the euro, it will open the door to a powerful anti-austerity movement throughout the region.