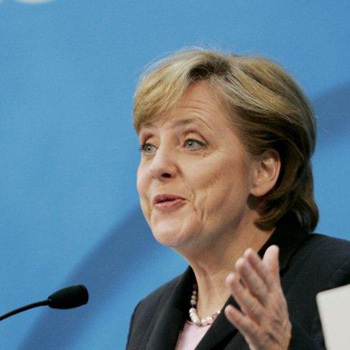 There have been recent reports that German chancellor Angela Merkel threatened to pull her nation out of the euro zone. That would almost certainly cause a collapse of the euro and the alliance. Germany is the most powerful nation among the group economically. The country’s ability to put money into the bailouts set to help weak nations such as  Greece and Ireland is essential to the success of the group.

Germany almost certainly despaired of the suggestion by Belgian Finance Minister Didier Reynders that the size of the nearly $1 trillion bailout fund be increased now. “We need to increase the total amount of money for the permanent mechanism coming into 2013,” he said according to Bloomberg. “If it is possible to organize it earlier, why not?”

There are several reasons “why not.” One is that Germany’s GDP growth is expected to slow next year and in 2012. That will make its ability to contribute to any fund more difficult. Merkel also faces a mutinous electorate which views each contribution to bailouts as another burden on the country’s tax base. Merkel’s job is a stake.

A recent poll of senior economists by Bloomberg showed that most believe that the financial situation in Europe will worsen. “The most accurate foreign-exchange strategists say the euro’s worst annual performance since 2005 will extend into next year as the region’s sovereign-debt crisis saps economic growth,” the research says. This attitude is likely to make the debt and currency problems deteriorate on its own. Each time top economists opine that Europe’s troubles will grow, many global capital markets investors dump their debt in the region’s sovereign paper or short it to make money. The cycle works against nations like Portugal and Spain as the interest they must pay on new debt rises.

The question of moral hazard is raised each time there is discussion of a further bailout of weak countries in the region. The same is true about discussions about how soon the size of the support fund should be increased.

The moral hazard problem really has only one resolution and it is the German one. The fund for the bailout of weak economies should be kept as small as possible and access to the money should be as painful as possible for the nations which need it. Germany is not right because of objections by its voters to the addition of more money to the fund. The reason is more basic. Countries like Portugal along with their voters and workers will need to face a virtual takeover in the event of a bailout. That means they will need to try to bring down the interest rates which they pay or make such deep cuts to their budgets that investors believe they can be economically viable. These measures may not work, but there is no other way to build a firewall which allows countries like Spain, which may be able to avoid the need to take money from the bailout fund, slightly more attractive to investors.

The fear of constant and rolling bailouts will only begin to ebb when it is clear that funds available for aid are very limited and the penalties for access to the funds are extremely punishing.