Why Not Tax Diet Soda? 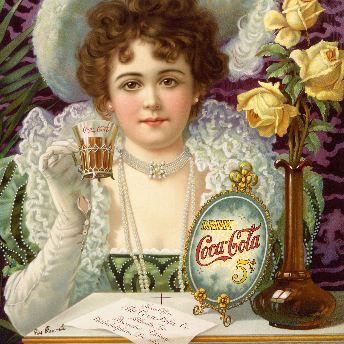 Sugary beverages such as soda became public enemy number one for public health activists (known to critics as the food police) in 2010.    That has led to a call to levy special taxes on the drinks to help offset the costs to society of diseases such as diabetes and obesity.  This effort, which has gone nowhere, needs to go further.

If you believe that taxation policy can be used to change unhealthy behavior, then there is really no choice but to also raise taxes on diet soda.   Though diet soda has few — in some cases zero — calories, it is not a health food. Experts say there is no convincing evidence that the ingredients in diet sodas cause cancer as some suspect.

“…some studies suggest that drinking more than one soda a day — regular or diet — increases your risk of obesity and related health problems such as type 2 diabetes,” writes Mayo Clinic nutritionist Katherine Zeratsky says on the clinic’s website.

They also are not great for your teeth. Dentists say drinking carbonated soft drinks regularly can cause the erosion of tooth enamel surfaces. The breakdown of enamel can lead to cavities.

The real problem with these drinks is that they are marketed so well.
Many obese people believe that drinking a Diet Coke will somehow mitigate the caloric damage to their bodies caused by eating unhealthy food such as a McDonald’s Quarter Pounder With Cheese (510 calories). A typical location of the Golden Arches probably sells just as much diet soda than the regular stuff if not more.

But if a special levy is added to diet soda, what’s next?  Cookies?  Donuts?  Starbucks Coffee?   All of these things are not good for us in one way or another. Yet, they are legal both the unhealthy and healthy to enjoy.

Government’s efforts to control unhealthy behaviors has a mixed track record.   Prohibition didn’t stop people from drinking.  Despite heavy taxes on booze, the Centers for Disease Control and Prevention says that 52% of US adults are regular drinkers.  The War on Drugs has been such a bust that states are starting to allow marijuana sales.   Even rates of cigarette smoking — which the government has tried to tax out of existence — have remained stuck after years of declines.

The answer to the obesity crisis in America is not taxation or scare tactics.  It’s a multi-faceted approach that tries to  tackle the difficult question of why people stay fat when they know that being thin is healthier.

Odds are slim that diet soda will get the taxation treatment it deserves.   Obese people would ignore it anyway, happily washing down their Quarter Pounders with a glass of water.