A Little US Government Shut Down 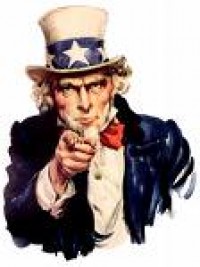 The fight over the increase in the US debt ceiling is on hold for awhile. The Treasury Department said tax receipts were higher than expected so the ceiling may not be reached before the end of April. That will allow the debate about budget cuts to go on, perhaps until the Administration agrees to some reductions in spending that the Republicans want.

The current situation is very often compared to the 1995 “shut down” which was caused by a battle between President Clinton and a Republican Congress.

There are a number of arguments about what government spending programs would be most affected if the US essentially ran low on money and could not replenish its supplies through the issuance of new debt. The agencies most often mentioned are those which are not necessary to the daily operations of the nation and its national defense. That might include the Department of Energy, the Commerce Department, the Labor Department, Health and Human Services or Housing and Urban Development.

A shutdown of the government might give some small hint of whether all the departments of the government, at least those represented by Cabinet seats, are necessary. Almost all politicians argue that the government is too complex and has so many agencies and pieces that it creates unwieldy bureaucracy. If there was no money to support them all, the results could be telling.

The most recently added department might be the ones shut down the first. If they remains shuttered without major effect, perhaps they could be abolished completely. Since 1977, Energy, Health and Human Services, Education, and Homeland Security have been added. One has to wonder how the federal government operated without them for nearly two centuries.

No one believes that the federal government can be shut down for a long period, even on a limited basis. But, there could be one side benefit. It would be to tell whether every part of the federal system is absolutely essential or not.