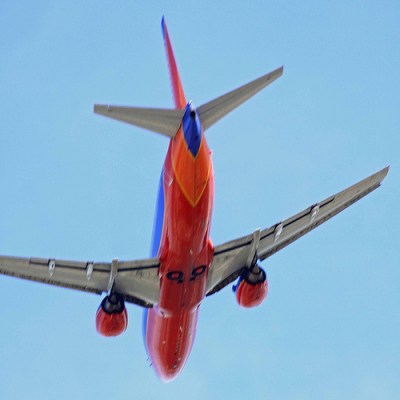 In remarks to a meeting of airlines executives, International Air Transport Association head Giovanni Bisagnani said that air passenger traffic would grow by a third by 2014 and that cargo traffic would grow by about the same percentage. The IATA expects 800 million new passengers in 2014, of which slightly more than 25% will come from China. The US is expected to continue as the largest single market for domestic passengers with about 900 million out of a global total of 3.3 billion passengers.

China is expected to contribute nearly 11% of international growth and 14% of domestic growth in 2014. Whether those Chinese passengers fly on planes built in the US, Europe, China, or elsewhere will define the winners and losers among air carriers in the next few years. Aircraft makers Boeing Co. (NYSE: BA) and EADS (OTC: EADSY), maker of the Airbus family of planes, will be facing competition from a new Chinese competitor, Commercial Aircraft Corp. of China, or Comac, as well as Canada’s Bombardier Inc. (OTC: BDRBF) and possibly Brazil’s Empresa Brasileira de Aeronautica SA (NYSE: ERJ), known as Embraer.

US domestic carriers will haul 671 million passengers by 2014, which represents some growth of less than 5%. US carriers’ international traffic will reach 215 million passengers in 2014. Both are still the largest total numbers, but growth rates are not in the top five.

As China’s domestic passenger traffic increases, the country’s domestic carriers will also be growing. Air China Ltd. (OTC: AIRYY), China Southern Airlines Co. (NYSE: ZNH) and China Eastern Airlines Corp. (NYSE: CEA) are the country’s three largest airlines and are among the Chinese carriers responsible for taking about 22% of Airbus’s and 15% of Boeing’s 2010 production of A320s and 737s, respectively.

Comac late last year announced orders for 100 of its C919 passenger planes, currently scheduled for first customer deliveries in 2016. The company also said that demand for passenger planes in China would reach 4,265 new planes by 2030 and that Comac plans to sell the country’s airlines more than 2,000 of those planes.

The Comac C919 will use engines provided by a joint venture between General Electric Co. (NYSE: GE) and Safran Group, a French conglomerate. GE has also set up a joint venture with a Chinese company to manufacture avionics systems for the new plane. A list of suppliers for the C919 is available at airframer.com.

The IATA estimates that half of global airline profits, about $4.6 billion, will be made in Asia in 2010. The association also notes that the five largest airlines by market cap in 2010 are all based in Asia.

In December, the IATA characterized airline profits as “pathetic,” noting that in 2010 net margins were just 2.7%. Over the past 40 years, IATA says, airline margins come to a truly pathetic 0.1%.

The overall bleak outlook for carriers is particularly bleak for those airlines that don’t have a foothold in Asia. Established aircraft makers could be okay until Comac gets its C919 into the air, and even if that doesn’t happen by 2016, Comac will eventually put pressure on Boeing and Airbus.

GE and other component providers could do best in the Asian aircraft market. Most have established joint ventures with Chinese companies and can expect to see growth as China’s aircraft makers grow.