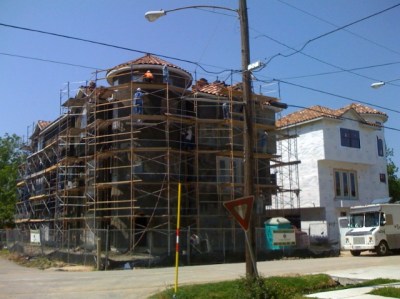 If the US government is truly able to exit the mortgage credit market, that move will be a seismic shift in a 75-year old government commitment to underwrite home ownership in the US. The proposal by the US Department of the Treasury would reduce the government’s position as the backer of 90% of US mortgages to about 10%, according to The New York Times.

Rather than support home ownership, the proposal is aimed at access to affordable quality housing. The change would virtually eliminate Federal National Mortgage Association, Fannie Mae (OTC: FNMA), and the Federal Home Loan Mortgage Corporation, Freddie Mac (OTC: FMCC). The goal is to reduce federal exposure what the Treasury report calls “fundamental flaws in the housing market that existed before the financial crisis.”

Under the Treasury plan, private markets become the primary source of mortgage loans and take on all the risk for losses. Stronger regulation regarding to capital reserve requirements for lenders and stronger underwriting standards that would require home buyers to hold more equity in their homes.

The Mortgage Bankers Association and other groups have proposed new entities with “an explicit, but limited, government guarantee of lower-risk mortgage-backed securities.” The guarantee would be funded by fees that would build a fund to protect taxpayers from a calamity similar to that which occurred in the home mortgage market two years ago.

The Treasury report offers a similar idea as one of three options to reforming the mortgage market. Under this option, the government would guarantee mortgages from a limited number of federal programs to creditworthy lower- and moderate-income borrowers. Such a program would raise mortgage rates and make it more difficult for US home buyers to afford a typical 30-year fixed mortgage. In addition, smaller lenders could be frozen out of the market, except for FHA loans which Treasury would like to see nearer to its historic 10%-15% market share of the total US mortgage market rather than the 30% share FHA currently holds.

But any sort of new entity backed by a government guarantee could grow to the same or bigger size as Fannie or Freddie. As the NYT points out, “What would stop the banks from assigning high-risk mortgages that they originated to these guarantors, once again leaving taxpayers to pay the freight if the loans go bad?”

It’s still early to predict winners and losers here, but it’s not too early to handicap the race. Under any program that raises equity requirements and mortgage rates, potential homeowners face a significant disadvantage. So do small mortgage lenders. Large banks could profit if they are willing to purchase mortgage loans from the small lenders and securitize the loans with minimum federal guarantees. But this would raise mortgage rates even more, driving down the number of borrowers, and make the pool of mortgages available for securitization too small to be profitable.

Mortgage lenders want something like the system that currently exists, and are willing to take reduced, but still explicit, federal guarantees in order to get what they want. If the small lenders can garner enough support from the big banks, they might get what they want. But it’s not a sure thing.