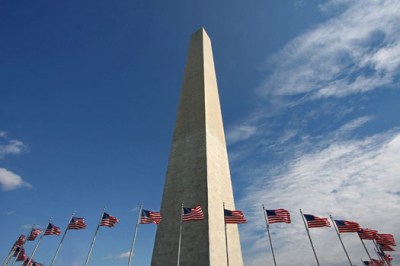 The Congressional Budget Office is supposed to issue a quarterly report on the American Recovery and Reinvestment Act which is the centerpiece of the Administration’s efforts to right the economy.

The report for the October 2010 to December 2010 seems to have mislaid two million jobs. The document says that among the fourth quarter results of the expenditures made because of the Act was the creation of 1.3 million to 3.5 million jobs. Unemployment rates were lowed by between .7% and 1.9%. GDP was improved by 1.1% to 3.5%. The laws which came out of the ARRA did all of that.

The numbers are improbable for a few reasons. The first is the large spread between the high end and low end of the estimates made about the levels of improvement. The second is the fact that results were based on self-reported effects made by entities which receive money:

ARRA requires primary and secondary recipients of more than $25,000 from appropriations made under the law to report a variety of information each calendar quarter.That group includes most grant and loan recipients, contractors, and subcontractors, but it excludes individual people. The information to be submitted includes the amount of funding received and spent; the name, description, and completion status of the project or activity funded; the number of jobs funded; and, for investments in infrastructure, the purpose and cost of the investment.

There is no means to test how accurate these reports are which may be the reason that the CBO estimates are so inexact.

Another way that the effect of the Act was measured:

CBO used various economic models and historical data to guide its estimate of the way in which output and employment are affected by increases in outlays and reductions in revenues under ARRA.

Models are called models for a reason. They can digest data, but there is no assurance that the results are accurate.

One of the reasons that Congress and the Administration continue to battle over the issues of stimulus and austerity is that there  is no way to measure the impact of either. Washington has cut the costs of operating the federal government before. The ARRA is not the first stimulus program in history. If there was any clear guide from the past, the debates might be more focused and the decisions more certain.

The CBO report is also the kind of document that makes American citizens distrust the government and the way that Congress and the Administration make critical economic decision. The CBO is the gold standard for economic analysis. It can barely tell the effects of money spent less that three months ago.

The CBO analysis may be the best the agency can do, but it is not nearly enough.