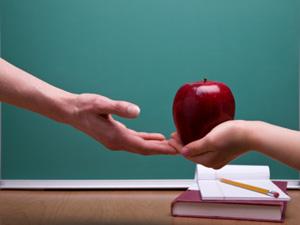 Lost in the debate about collective bargaining rights and the related issues of pay, pensions, and health care coverage is the dialogue about a core issue.  There is no clear correlation that better paid teachers produce better educated students.

Wisconsin teachers are among the most vocal opponents of Gov. Scott Walker’s plan to curtail some collective bargaining rights.   Though there is  little doubt that good teachers improve student achievement, the evidence that well-compensated educators produce better prepared students is mixed.   Wisconsin is a case in point.

Wisconsin teachers fare slightly worse than the national average with starting salaries of $32,642 and a maximum with a master’s degree of $60,036.   The Tax Foundation says  its tax burden is the fourth worst in the  U.S. and its  QualityCounts rating was a C+, about average.   What the state underscores is how a dysfunctional system of teacher pay rewards educators with little emphasis on merit.  Throwing more money at teachers, however, is not the answer to the myriad of problems affecting the nation’s schools.

Data reviewed by 24/7 Wall St. from the National Education Association,  The American Federation of Teachers, PayScale.com along with discussions with experts from Education Trust, the Heritage Foundation and the American Enterprise Institute found that there are states with well-paid teachers with superior student achievement such as New York, New Jersey and Pennsylvania.  Others such as Connecticut and California where teachers are paid well and the educational results are average as measured by the QualityCounts survey issued by Education  Week. Florida did well in QuallityCounts  even though its teachers are among the poorest paid in the country. All these states except Florida rank among the highest among state and local tax burdens, according to the Tax Foundation.  The Sunshine State ranked 31st.

The National Education Association, the largest teacher’s union, estimates starting salaries for teachers at $35,139 with a bachelor’s degree.   Educators with a master’s degree earn as much as $64,883.   Of course, teacher’s salaries vary widely depending on the tax revenue available, cost of living and the strength of the local union.  They are largely funded by local property taxes.  Moreover, their salaries far exceed the wages paid to their counterparts at non-union private schools, according to Reason magazine.  Most teachers also received defined benefit pension plans and other benefits not given to their counterparts in private industry.  Some districts are pushing the idea of merit pay, which the teacher’s unions have fought.

“I would love to say dramatically raise their pay,” says Richard Lemons of the Education Trust, in an interview.   He added that there is no evidence yet that dramatically boosting a mediocre teacher’s pay will inspire them to become better at their jobs.  In theory, higher teacher pay will entice higher quality candidates into the professions though there is little evidence that shows these people will be any more competent than existing teachers.

Though money won’t solve the myriad of woes affecting our nation’s schools, it certainly helps.  According to the Economic Policy Institute (EPI), many people are turned off by the profession because of its low starting salary, which trails the pay of educators around the world.   Teachers have also been “losing ground” to other professions for years,  EPI says. A 2008 report by the Economic Policy Institute argues that teachers with bachelor’s degrees earned about 12.2 percent less than their peers in 2006, while the gap between teachers and non-teachers with a master’s degree was 11.3 percent.  The implications are stark.

According to a report released last year by the Education Trust, students in high-poverty schools are  ” disproportionately taught by out-of-field and rookie teachers.”  US students still lag behind their peers around the world in math and science, though their performance has improved slightly.   The NEA argues that teachers should receive more compensation for receiving a master’s degree even though many experts argue that there is no proof that it makes teachers perform any better.

“People who improve their skills should get paid more,” says Bill Raabe of the NEA “Wouldn’t you want that adult work with your children to be the best that money can but.  It’s a no brainer.”

Many experts argue that the system for evaluating teachers is broken.  Teachers can be evaluated by supervisors who know nothing about their subject. Another big problem, according to critics of teacher’s unions, is the idea that the last person hired should be the first person fired in the event of a layoff.   In a recent interview with National Public Radio, former DC District Superindent Michelle Rhee argued that this policy hurts younger teachers because it encourages districts to fire more of them to close budget deficits.  Moreover, Rhee and others say that it promotes seniority over merit.

A few schools are battling these trends by paying teachers six-figure salaries.

A New York City charter school earned headlines in 2008 for its plans to pay teachers $125,000 in exchange for working longer hours and assuming additional duties.  A voluntary program instituted in Washington, D.C.,  last year could raise total compensation for some teachers to $140,000   Some teachers in Wisconsin and Illinois are also reportedly as  handsomely compensated along with other states.  According to the NEA, about 1% of teachers are paid that well.

Though teachers’ unions and their political allies argue that educators are underpaid, fiscal conservatives argue that given the amount of work they do and the hefty benefits they receive,  that is not the case.   Frederick Hess, director of education policy studies at the American Enterprise Institute, says he is not against paying well.

While its tough to quantify the value of a good teacher,  Stanford University economist Eric Hanushek gave it try last year and concluded that a better-than average teacher “generates marginal gains of over $400,000 in present value of student future earnings …  Alternatively, replacing the bottom 5-8 percent of teachers with average teachers could move the U.S. near the top of international math and science rankings with a present value of $100 trillion.”

The problem that experts can not solve is how to attract and retain teachers who give both students and taxpayers the most bang for their buck.

Former Governor Ed Rendell increased education spending by $250 million, boosting education funding by $4.6 billion a year for programs such as full-day kindergarten, preschool and tutoring assistance over his two terms in office.  School districts in the state remain strapped for cash.  Arlene Ackerman, the Superintendent of the Philadelphia School District, plans to work without pay for 20 days this year, 10 more than she had previously planned.