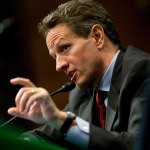 Job Description: Appointed by the President, the Secretary of the Treasury serves as the principal economic advisor for the President. According to the Department of the Treasury: “The Secretary is responsible for formulating and recommending domestic and international financial, economic, and tax policy, participating in the formulation of broad fiscal policies that have general significance for the economy, and managing the public debt.” Geithner is a proxy for many other presidential cabinet members, who make the same amount, including Secretary of Homeland Security Janet Napolitano.

Job Description: The Senate Majority Leader did not exist until the beginning of the 20th century. According to the U.S. Senate website: “The leader must keep himself briefed and informed on national and international problems in addition to pending legislative matters. On the floor of the senate he is charged by his party members to deal with all procedural questions in consultation with them and his party’s policy-making bodies.” Additionally, Reid must be in contact with all of the various committees and maintain a line of communication between them and the senate. This position stands as proxy for the minority and majority leaders in both the Senate and House, who all make the same amount. 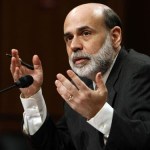 Job Description: The Chairman of the Federal Reserve is in charge of the Federal banking system of the U.S. As head of the fed, Bernanke dictates and explains the direction of U.S. fiscal policy and works with the Department of the Treasury. 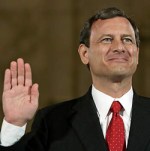 Job Description: As the Chief Justice of the nine-member Supreme Court, Roberts is the head of the U.S. Federal court system, and is effectively the Leader of the Judicial branch of the government. The Chief Justice is the spokesperson for the court, deciding who writes its opinions. Roberts is also responsible for setting the court’s agenda.

5. Chairman of the Joint Chiefs of Staff: Admiral Michael Mullen

Job Description: While the president is technically the commander of the U.S. Armed Forces, the Chairman of the Joint Chiefs of Staff – the combined panel of the Army, Air Force, and Navy – is the functional leader of the military. The Chairman is appointed by the  President.

4. Speaker of the House: John Boehner

Job Description: The Speaker of the House does not legally need to be a member of the House of Representatives, but there has never been a speaker appointed from outside the legislative branch. The speaker is third in line for the presidency. The speaker’s role includes presiding over the house and setting his party’s agenda. This position stands as proxy for the House Minority Leader, who makes the same amount.