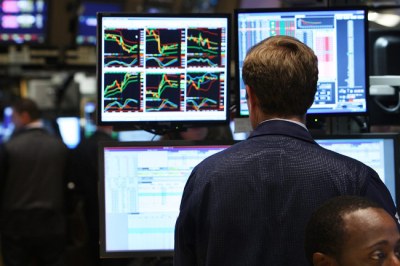 We are tracking several key moving stocks this morning that have news or events driving shares.  None of these are Japan-focused stocks as the coverage there seems to revolve entirely around the nuclear power plant situation.  Overseas markets and US equity futures were much higher after Japan rallied but the markets have softened up over the last couple of hours.  These are this morning’s key movers on news for US equity traders to focus on in early-bird trading hours.

Bank of Ireland (NYSE: IRE) was lower by 2% overseas, which you can blame partly on a PIIGS kinfolk trade after Portugal got a downgrade or you can blame on market softness after Japan’s rally is being overshadowed by newer and broader nuclear concerns.

Canadian Solar Inc. (NASDAQ: CSIQ) announced a third engineering, procurement and construction agreement to build a 10.5 MW solar park in Thunder Bay, Ontario with SkyPower, Canada’s largest solar projects operation with 148.3 MW recently awarded to it by the Ontario Power Authority.  While shares were higher last week above $13.00, shares have handily recovered off of the week’s lows as the world is viewing solar as a much safer alternative than nuclear energy due to Japan.

Online Resources Corp. (NASDAQ: ORCC) posted a wider loss and said it is no longer reviewing a possible M&A strategy.  Shares were down more than 20% at $4.80 in the after-hours and are indicated down around the same level in early-bird indications.

Pacific Sunwear of California Inc. (NASDAQ: PSUN) posted a narrower loss and saw lower expenses, but same-store sales and margins were soft.  Shares closed at $4.35 yesterday but shares were down 8% at $3.95 last night and early-bird indications may be even softer.

Portugal Telecom (NYSE: PT) is somehow amazing.  The telecom carrier is actually up marginally after Portugal took yet another sovereign debt rating downgrade.  The defensive nature of telecom stocks…

Rambus Inc. (NASDAQ: RMBS) shares popped in the after-hours session after the DRAM memory controller license operation renewed a pact with Toshiba for another 5-year period.  Shares were up over 7% above $20.00 last night and shares are indicated around $19.75 in early-bird indications.

Vera Bradley, Inc. (NASDAQ: VRA) is still relatively new as a public company so its action and reaction could change either way throughout the day as its shares had been up considerably since its IPO. The handbags and accessories retail company saw net earnings drop because of taxes and other items. Shares were up over 5% above $35.00 last night and we are still awaiting indications.