Ten States Where Pensions Are Running Out Of Money 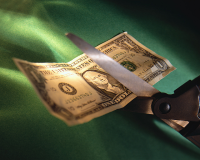 Corporate pensions, municipal pensions, state pensions — each category has funds that have run out of money and certainly many are running low. The fate of the UAW pensions was a critical part of the US bailout of the auto industry. Eventually, the unions received equity in Chrysler and GM, among other things. They are not the only large American companies with underfunded pensions; they are just the most recent and visible examples.

Austerity has taken its toll across the country. The need to cut expenses has become acute in the public sector. Federal, state, and municipal revenues are down because of the recession and the related effect on real estate prices and personal and business incomes. The costs of services that each level of government provides have not fallen as quickly.  Some cities and counties have become insolvent and are in the hands of state-appointed emergency managers. The states worse off financially are in such trouble that Congress has started discussions about whether a state bankruptcy would be legal.

As the financial obligations and access to capital for states and cities is debated one remedy has already been taken almost universally–cost cuts. One of the areas governments have either tried to cut, or have been forced to, are the funds put toward pensions and health benefits for public sector employees.

The Pew foundation recently released its “The Widening Gap: The Great Recession’s Impact on State Pension and Retiree Health Care Costs” document. It says that state have a cumulative retiree and healthcare shortfall of $1.26 trillion. Many states have also not made ongoing contributions at the rate that experts suggest to get their funds in line with the obligations of those funds. Pew writes, ”States’ own actuaries recommended that they contribute nearly $115 billion to build up enough assets to fully fund their promises over the long-term, but they contributed only $73 billion—or 64 percent of the total annual bill.”

The Pew analysis is misleading because a pension’s liability cannot be understood by an analysis of a single moment. A pension’s capital level may have been hurt by the recession. Actuaries recommend how much money states need to put into funds each year to keep them at viable levels. Some states put in more than the recommended level, and some put in less. The rate at which people retire is fairly predictable, but in a large state it cannot be calculated with great precision.

24/7 Wall St. reviewed the pension funds of all 50 states collected by Pew as of 2009, the latest period when data is available for all of them. We looked for how much the most underfunded pensions were compared to the level that actuaries suggested in 2009. We also looked at the recommended amounts of annual contributions that each state made. 24/7 compiled a list of The Ten States Where Pensions Are Running Out Of Money based on state pensions that are underfunded and which have a shortfall of the 2009 recommended level. A state that has a fund level that is at 70% of what is recommended and which only received 50% of the 2009 recommended contribution is worse off than one with a 90% funding level which received 90% of the recommended contribution. 24/7 Wall St created an index which takes both factors into account to identify which states are in the most trouble.