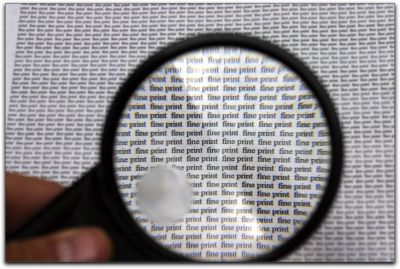 This story was co-published with Slate.

A few months ago, Bank of America offered Sergio Cortez of Staten Island, N.Y., the help he desperately needed to stay in his home: a break on his mortgage. Like millions of others, he was facing foreclosure. But there was a catch buried in the fine print. Cortez had to waive any possibility of ever suing the bank for anything relating to the loan.

Cortez isn’t alone. While regulators have banned the practice, some banks and others who handle mortgages have still been forcing homeowners into a corner: You want a chance at saving your home? Then you’ll have to waive your rights.

We identified eight banks and other mortgage servicers who offer help that limits homeowners’ ability to sue or fight foreclosure. When we contacted them, they offered a variety of responses. Some said the inclusion of the waivers had been a mistake and would stop. Some argued that language that seemed to waive the homeowner’s rights didn’t actually do so. One argued that a loophole in a rule barring the practice meant their inclusion in certain agreements was proper.

Homeowners face a tough choice with these offers. Despite the overwhelming need, it remains a struggle for borrowers to get help. Any offer might be the last one to come along. Yet if a homeowner signs away their right to sue, they might be forfeiting the best leverage they have to get a lasting solution, borrower attorneys say.

The companies that handle mortgage payments and evaluate whether to modify a loan or foreclose — known as mortgage servicers — have been facing a rising tide of litigation by homeowners for their widespread abuses and violations of law, giving them motivation to want to head off more suits. The companies’ problems range from long delays, errors, and lost documents when reviewing homeowners for modifications to violations during the foreclosure process, such as the use of so-called “robo-signers” and forging of documents.

“I’m troubled, but not surprised, that this is still occurring,” said Rep. Maxine Waters, D-Calif., who has been pushing a bill to ban these waiver clauses since 2008. “The mortgage servicing industry has been broken for quite some time and needs substantial reforms.”

Borrower attorneys and counselors told ProPublica that such waiver clauses, which were once standard practice for banks and mortgage servicers, declined markedly after the Obama administration launched its mortgage modification program in early 2009. The program forbids the practice for government-sponsored modifications.

But fewer modifications are now done through the program, and some of the industry’s old practices have been making a comeback — despite regulators’ efforts. It’s impossible to say precisely just how common the clauses are now, but attorneys said there was no doubt they were seeing more of them lately. (If you’re a homeowner who received an agreement with a waiver clause, ProPublica wants to hear from you.)

In New York, regulators banned waiver clauses in modification agreements last year, but ProPublica found several examples of banks and mortgage servicers like Bank of America continuing to include such clauses in temporary payment agreements.

Recently, for example, two homeowners working with a legal aid organization in the Bronx received temporary payment agreements from two different servicers that required the borrower to waive any potential defense to foreclosure. Both companies, Selene Finance and Carrington Mortgage Services, specialize in handling troubled or subprime loans.

What made the agreements particularly unfair, said Justin Haines, director of foreclosure prevention at Legal Services NYC in the Bronx, was that they required his clients to waive rights without receiving a permanent solution.

The offers were forbearance agreements, which typically last three to six months and are frequently used by servicers as short-term solutions. They can be a prelude to an actual modification but offer no guarantee of one if all the payments are made, and they explicitly state that if a foreclosure is pending, it won’t be dismissed.

“The agreements are extremely one-sided and offer no real benefit for the borrower,” Haines said. “If these borrowers did not have attorneys to advocate for the removal of this language they would just be regularly waiving their claims for nothing.”

On the face of it, both agreements seem like clear violations of a recent New York state regulation: “A Servicer shall not require a homeowner to waive legal claims and defenses as a condition of a loan modification.”

But Owen Blicksilver, a spokesman for Selene, argued that the regulation forbade only loan modifications from including such language, not the more short-term forbearance agreements.

State regulators said while that may technically be true, it didn’t mean such clauses would be allowed. “Even if we had no rule, we would find a problem with requiring borrowers to waive their legal claims in a forbearance or a modification,” said Azia, of the New York State Banking Department.

Despite the company’s stance, Selene did remove the clause from the agreement after Legal Services NYC objected, Blicksilver said, because “we were committed to a good faith resolution.”

Chris Orlando, a spokesman for Carrington, did not defend the practice. “Any reference to such a waiver has been removed from our documents.”

There have been other examples. In January, HSBC, which services approximately 340,000 mortgages throughout the United States, offered a client of Wendy Dolce, an attorney with the City Bar Justice Center in New York, a payment plan with a similar clause.

“It’s something that I would never counsel a client to sign or accept,” said Dolce.

Neil Brazil, a spokesman for HSBC, said the bank doesn’t include any rights waiver in its standard modification agreements, but that attorneys pursuing foreclosure on its behalf might include them when offering a homeowner a forbearance plan. Brazil declined to say if HSBC included the clauses more generally. He emphasized that HSBC had been working with the borrower for over two years.

Bank of America, the country’s largest servicer, included similar language in agreements late last year not only in New York, but several other states.