A Radical Restructuring To Salvage The EU 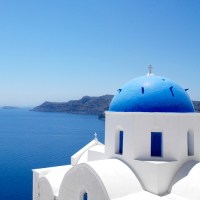 A US-style stimulus may be all that is between defaults of the sovereign debt of Greece, Portugal, and Ireland. It is a plan which is extremely unlikely to be undertaken, but it may be the only one that will save the EU and the euro.

America spent $787 billion on its stimulus plan in 2009. It had as a major goal to save or create 3 million to 4 million jobs. Its effects were spread over three years. Economists led by Noble Laureate Paul Krugman said the amount was not enough.

The EU’s GDP is slightly more than that of the US. But, the combined GDPs of Greece, Portugal, and Ireland are about $900 million to America’s $14.5 trillion. A stimulus package for the nations would certainly be a fraction of America’s–perhaps $200 billion at most. That is much less than the money the EU and IMF have pledged to the three countries.

FT columnist Martin Wolf  wrote that a restructuring of debt may be the only alternative for the weakest EU nations. Otherwise, their more financially stable neighbors will need to support them indefinitely. And, he argues that a reset of debt may help the balance sheets of Greece, Ireland, and Portugal but it will not restart their economies. These countries are not economically competitive, have high unemployment and populations that are fighting to maintain their entitlements regardless of the cost.

The EU and IMF can continue to pour money into these three nations, but Germany and Finland have already begun to resist new assistance. If any of the three weak countries withdraw from the EU or force investors to take “cents on a dollar” for their sovereign obligations, it would wound many large European banks which hold their paper. It also might make it impossible for the countries to borrow at all without paying usurious rates.

The likelihood that the financially stronger nations of the EU will add stimulus dollars to bailout funds is small, but so is the chance that Portugal, Greece, and Ireland can pull themselves up by their own bootstraps. The EU can pay now by offering assistance, or it can pay later when the EU collapses and default become the order of the day.