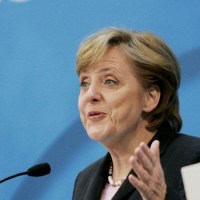 Germany’s GDP rose by 1.5% in the first quarter. France’s was higher by 1%. The numbers are nothing to brag about, but they are far better than those of the weak economies of Ireland, Greece and Portugal. The factors that makes the improvement even more important than their face values is that German’s PPP GDP is more than $3 trillion and France’s is above $2.2 trillion. They dwarf the figures of any other nations in the EU.

The positive news from the two countries will make the bailout of Ireland and Portugal and “re-bailout” of Greece all the more difficult. It will not be lost on the voters in France and Germany that their economic improvements are the only power behind whatever expansion the EU’s GDP may have this year.

It is already nearly impossible to get the citizens of Germany to support more aid for the three troubled nations which are on financial life support. As the German economy improves, it will become a more and more important lender. Germans predictably see their strength as a weakness when EU partners ask for capital. Germany has the money, so why shouldn’t it be the at the core of the effort to save the euro?  But, Germans are not naive. German loans means Germany’s balance is put at risk. That may eventually cause it to look to austerity of its own, or higher taxes,  to balance its books.

The IMF recently reported that the sovereign debt crisis among the EU’s most financially troubled nations could spread to the larger countries in the region. Sovereign defaults might tumble some banks and ruin the value of the euro. But, those predictions will not fool German and French voters. Their good fortunes should not be a reason behind what is already seen as generosity which is poorly placed.