The Countries With The Fastest Growing Populations 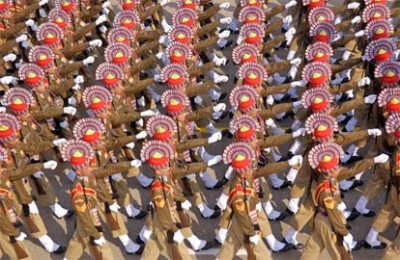 The world’s population is likely to exceed 10 billion by the end of the century, up from 7 billion this year, according to research based on United Nations data. While population changes will remain flat or decline in developed countries, developing countries, notably those in Africa, will experience tremendous growth. According to David Bloom, a Harvard economist and author of the report “7 Billion and Counting,” nearly all of the growth will occur in less-developed regions.

“Already strained, many developing countries will likely face tremendous difficulties in supplying food, water, housing, and energy to their growing populations, with repercussions for health, security, and economic growth,” according to the release. The areas with the highest projected populations increases, primarily Africa and Southern Asia, are already suffering from the consequences overpopulation. These conditions will only worsen as populations in Uganda, Nigeria, and Bangladesh double and, in some cases, even triple over the next 40 years.

Read: The Ten Countries With The Fastest Growing Populations

However, while 97% of the 2.3 billion projected increase will be in the less developed regions, the populations of developed countries will remain flat. Countries such as Japan, Germany, China, and Russia are expected to lose millions of citizens each. The only major developed nation projected to add significantly to its population is the United States.

24/7 Wall St. used data from the Population Reference Bureau’s 2011 World Population Data Sheet to identify the countries with the fastest growing populations.  Based on “The World Population Prospects: The 2010 Revision of the UN Population Division,” PRB provides explanations for why the countries are growing along with what the potential long-term effects of the growth will be. Using their analysis, together with data on the local economy, health care, infant mortality rate, and fertility rate, 24/7 Wall St. identified the countries with the fastest growing populations. Some of these countries already deal with several problems, including high infant mortality, high prevalence of HIV/AIDS, and poor access to clean water. And these problems are magnified by the rapid population growth.

These are the countries with the fastest growing populations.