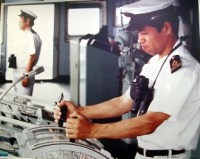 Life on a commercial ship can involve long hours of isolation or dangerous conditions, which means the pay is significantly better than most blue-collar jobs. In order to be a sailor on a merchant vessel, one can either enroll in a marine academy, or sign on as a deckhand. The latter option has no prerequisites and only requires a few days of basic training. Deckhands make a median annual wage of just under $35,000. After a sailor has gained a few years of experience, crewmen are in line for promotion to deck officers or assistant engineer, then finally to engineer, mate or captain. According to the BLS, “excellent job opportunities are expected as demand for people working in the shipping industry, particularly officers, is expected to be greater than the number of people wishing to enter these occupations.” 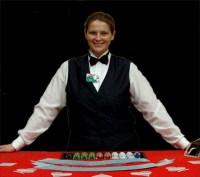 While a high school degree is often the only formal education you need to become a gaming manager at a casino, it’s not exactly an easy job to get, compared to some of the other occupations on the list. First, because of the scarcity of casinos, there are only 6,900 jobs in the entire country. In addition, becoming a manager at a gaming venue usually involves working one’s way up from the very bottom as a dealer, which is, according to the BLS, one of the worst-paying jobs in the country.  Eventually, however, experience and seniority can result in promotion, and a dealer can move from having one of the lowest-paying jobs in the U.S. to making over $110,000 a year. 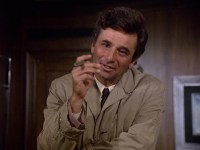 A high school diploma is usually all one needs to become a detective for a city, state or the federal government. Detectives, as well as police officers, are subjected to “rigorous personal and physical qualifications.” Very rarely do these qualifications extend to a bachelor’s degree. Applicants can be selected as detectives as soon as they join the force, or they can earn the position after a time as an officer. Detectives have one of the highest rates of on-the-job injury and illness. Because of the stressful and dangerous nature of the job, the annual median wage of a detective or criminal investigator is nearly $70,000 each year. As long as the population continues to grow, there will always be new positions for public defenders. The number of detectives in the country is expected to grow by 20,000 by 2018. 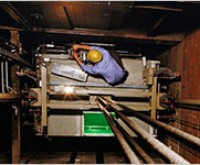 According to the BLS, despite their title, most installers work not only on elevators, but also on “escalators, chairlifts, dumbwaiters, moving walkways, and similar equipment.” Working as installers can be difficult, as they can often spend hours in a cramped space or hanging in a service shaft. Consequently, the rate of work-related injury for the occupation is substantially higher than the national average. In order to be hired, a potential technician needs to enroll in an apprenticeship program, which includes training on the job, as well as instruction in a classroom. Because of the work conditions and the level of testing and certification required, installers make a median annual income of more than $70,000, with the upper 10% making more than $100,000 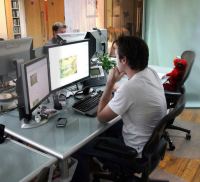 While most web developers are now required to have a bachelor’s or associate degree, certification can be enough to get a job at a major company. Start-ups have been known to hire support specialists, and with substantial experience, developers can be hired right out of high school. With experience as a support specialist and additional certification, these workers can advance to administrative positions. This can involve managing a network, designing and building a company website, and maintaining the company’s web security. According to the BLS, “More of these workers will be needed to accommodate the increasing amount of data sent over the Internet, as well as the growing number of Internet users. In addition, as the number of services provided over the Internet expands, Web administrators and developers will continue to see employment increases.” The number of web developer positions is expected to rise by as much as 30% by 2018.