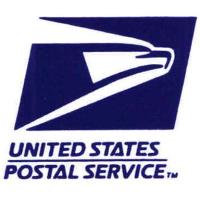 The U.S. Postal Service faces a default on its debt obligations. Any solution to that problem is likely to raise the rates that magazine companies and catalogs pay in postage. That could be ruinous for both industries.

The Postal Service could become insolvent later this year, without some help from Congress. The service is up against its $15 billion debt cap. It has tried to defer $5.5 billion in payments to its retiree health care plan.

The one thing that the USPS and Congress agree on is that cost cuts are not enough to make the service financially viable. So, there is talk about cutting 200,000 workers, closing thousands of post offices, and shutting scores of distribution centers. Mail delivery may be cut to five or fewer days.

The USPS almost certainly will raise rates immediately. First-class mailers may be able to afford this. Companies that mail magazines and catalogs cannot. A shutdown of the postal system would ruin them. It would mean that they could not get their products to subscribers or potential customers. Much higher rates would push many magazine and catalog companies into the red. One effect of this would be that printers would get much less work.

The USPS has not made the case that it provides what is fundamentally a public service, as it offers very low rates for publishers to get news and service magazines to subscribers. It may not use that reason at all. Its desperation could force it to argue that every mailer has to pay more, no matter what status it holds among its clients.

The magazine, catalog and printing businesses may face their greatest cost challenge in decades. It is one that could force some of them into large costs, or to give up their businesses completely. The internet may have made the print publishing industry less profitable. The U.S. Post Service, now 200 years old, could kill it.