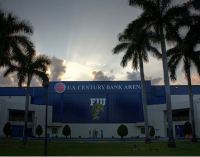 Update (10/22): This story has been updated with a comment from Rubio’s spokesperson .U.S. Century Bank rocketed into being in 2002, with investors pouring in $30 million over three months. Four years later, the Miami-based bank boasted assets of more than $1 billion, had consistently shown a profit, and had won plaudits from banking analysts such as BauerFinancial and glowing reviews from The Miami Herald and other local media.

In 2009, as the financial crisis hit, the bank received a vote of confidence from the federal government when it won a $50.2 million loan under the federal Trouble Assets Relief Program — money earmarked for healthy banks. It was the most TARP money given to a Florida bank. “This represents an important recognition for U.S. Century Bank as it acknowledges our strength, stability and good standing as a strong and healthy financial institution,” Ramon Rasco, the bank’s chairman, said in a news release announcing the loan.

In fact, U.S. Century was ailing when it received the TARP loan. Today, the bank teeters on the edge of collapse as it operates under an extraordinary consent order, issued in June by the Federal Deposit Insurance Corp. Sweeping in scope, the order demands an overhaul including changes of top executives, a review of all loans, implementation of a program to guard against money laundering, and an increase in the bank’s capital.

The rise and fall of U.S. Century, while certainly more extreme than most banks, exemplifies the fast-and-loose banking culture that led to the financial crisis, which continues to drag down the global economy. It also epitomizes both the failure to regulate the banking sector during the pre-crisis boom years and the slipshod approach to the bailout that followed the bust. Above all, it’s about losers and winners. The losers are taxpayers and local residents grappling with the ill effects of suburban sprawl. The winners appear to be a group of wealthy and politically connected businessmen who created a bank that served as their own corporate ATM, funneling tens of millions of dollars to ventures in which they had a stake.

“Insider loans” — loans to directors or officers of the bank — at their peak exceeded 94 percent of U.S. Century’s total equity capital. While high levels of insider lending are not uncommon in the early years of a bank startup, at U.S. Century they continued for years. Many of these loans were for speculative real-estate projects, some of which are now defunct or gravely troubled.

Compared to all commercial banks in the United States, U.S. Century was in the top 7 percent for insider loans as a proportion of total loans, according to an analysis of insider lending from 2005 through June 2011 done for ProPublica by banking analyst Trepp LLC. During 2005, the bank had one of its most prolific periods of insider lending; it was in the top quarter of 1 percent, ranking 20th out of 7,954 commercial banks in the nation at the time.

U.S. Century declined to answer specific questions from ProPublica because of their “tenor,” which the bank believes indicated a “very negative agenda.”

Instead it responded to repeated requests for comment with a statement that read in part:

“Recognized as one of the largest community banks remaining in this region, we are proud to have helped many business owners establish and grow their businesses and have played an important role in fueling South Florida’s economy. As with most banks, since the beginning of this economic recession, we have been impacted by declining real estate values. Some of the banks affected by the recession, including the nation’s largest banks, were eligible for and received TARP funds. We were one of those institutions and the US Treasury approved our application strictly on the merits.”