What Happens When Kodak Surrenders 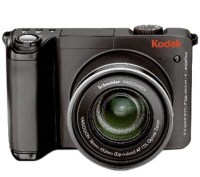 When Eastman Kodak (NYSE: EK) goes into Chapter 11, which is all but certain, its patent portfolio will not be the only part of its business that will be affected. An auction of the patents may bring in billions of dollars, but that number has to be questioned. Why can a bankruptcy judge get more for the assets than Kodak can? The greatest change in Kodak’s structure, though, will be that some large parts of the company disappear entirely. What they produce has almost nothing to do with Kodak’s intellectual property.

Kodak’s Consumer Digital Imaging Group probably will be closed. Or its assets may be sold to another camera company, likely without most of the employees who work in the division. The operation makes video and still cameras. It also manufactures and markets ink jet printers. None of these businesses has much of a future as the hardware of each becomes little better than a commodity. Revenue for the group fell from $644 million in the third quarter of the previous year to $408 million in the same period of 2011. It lost $90 million in Q3 2011.

Kodak’s Film, Photofinishing and Entertainment Group makes disposable cameras, entertainment and imaging products and consumer film. Most of these products are no longer profitable, or they are made and sold for less by Kodak’s competitors in the sector. And there are many such competitors. Revenue for the group dropped from $433 million in the third quarter of the previous year to $389 million in the same period last year. The group made $15 million, but that number continues to decline.

The focus of the news about Kodak is that it has a number of patents, the value of which is supposed to save the company. Less is said about businesses owned by the Kodak that probably will disappear.

Kodak still has nearly 19,000 workers. When the company buckles under the weight of its debt and losses, the dismantling of Kodak may be shuffled out of the headlines. But for the people who work for the dying firm, the future of their division will matter. The fate of the patents will not.