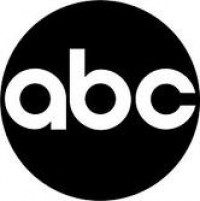 Sony (NYSE: SNE) says it will return to profit and will cut its TV unit losses in half. (Reuters)

Cisco Systems (NASDAQ: CSCO) warns about the economy as it releases earnings. (Reuters)

Pfizer (NYSE: PFE) will give less marketing support to Lipitor as it moves to a generic form. (WSJ)

The Post Office backs away from a plan to close 3,700 rural offices. (WSJ)

Fannie Mae posts its best results since its bailout and made $2.7 billion. (WSJ)

The European Union delays a bailout payment to Greece as political turmoil there rises. (WSJ)

Spain may get a break on budget deficits from EU partners, who will give it more leeway to recover. (WSJ)

Chrysler will try to improve its battered quality reputation. (WSJ)

MetroPCS (NYSE: PCS) may tie up with T-Mobile. (FT)