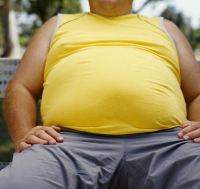 Americans have become much more concerned about obesity than about smoking as a health problem, according to research from Gallup. The report’s authors do not mention that the annual cost of obesity-related illnesses has risen to $190 billion a year in the United States, according to the U.S. Institute of Medicine. The Centers for Disease Control and Prevention (CDC) says the direct health costs of smoking is $92 billion in direct medical costs per annum. The additional expenses for lost productivity are close to that. Perhaps Americans worry about fat Americans more because of the economic toll. Or, perhaps people do not like being fat.

Most Americans say obesity is an “extremely” or “very serious” problem to society, the 81% who do so is up significantly from 69% in 2005, the last time Gallup asked this question. Americans now see obesity as a more serious societal issue than cigarettes — a change from the past.

Alcohol use remains near the top of the list.

Many Americans want the federal government to step in, but that assumes the government will legislate against obesity or the foods and habits that cause it. Among the possible solutions are that fat people pay more in health insurance, but that could be attacked as discriminatory. Either way, government probably cannot do much, if anything, to get people to eat more healthy foods or exercise at a pace that would burn significant numbers of calories.

Among Gallup’s view of the implications of the trend:

The drastic increase in obesity over the past 20 years and Americans’ awareness of it are likely contributing to their growing concerns about the problems it is causing society. First lady Michelle Obama’s high-profile nationwide anti-childhood obesity campaign, launched in 2010, may have also affected Americans’ perceptions of the severity of the issue.

Awareness often does not turn into action.

Methodology: Results for this Gallup poll are based on telephone interviews conducted July 9 to 12, 2012, with a random sample of 1,014 adults, aged 18 and older, living in all 50 U.S. states and the District of Columbia.