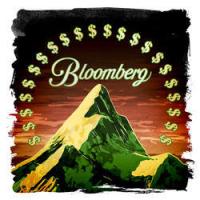 A judge presses for Apple Inc. (NASDAQ: AAPL) and Samsung to settle a patent case before a final verdict. (Reuters)

Short sellers have built positions ahead of the end of share lockup at Facebook Inc. (NASDAQ: FB). (WSJ)

Farmland prices in the plains states are up, but will be undercut by the drought. (WSJ)

Demand for junk bonds rises even as analysts warn on risks. (NYT)

It is unlikely that any criminal charges will be filed in the collapse of MF Global. (NYT)

A new study from Georgetown shows that jobs losses among the undereducated have worsened. (NYT)

Spain sets conditions on its banks to increase the rate at which an EU bailout is put in place. (Bloomberg)