Why Do Europe's Stocks Stay High? 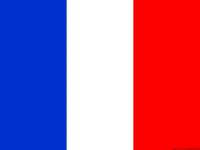 The S&P 500 has risen about 4% over the past six months. The primary index for French stocks, the CAC 40, has been flat over the same period. It is difficult to explain why the results are so similar. France has moved close to recession, if it is not already there. Its primary trading partners in the European Union have, for the most part, reached a period of negative gross domestic product. France’s president François Gérard Georges Nicolas Hollande continues to battle to keep large companies from laying off workers and worsening France’s unemployment level.

The answer to the puzzle could be that stock market trading is not rational. Or, investors think that France’s economy and the earnings of its largest companies will bounce back sooner than expected.

The belief that French GDP will move significantly higher cannot be defended. Most economists believe that EU nations face a year, and perhaps more, of recession. Even the powerful German economy may be in retreat now. France sits as the second-largest economy by GDP in the region. Its deficit and debt issues may not be as much a problem as those of its neighbors. but France still does not have a reservoir of money to pour into stimulus packages that might reignite growth.

The puzzle of why the CAC 40 has held up so well becomes more puzzling when the members of the index are analyzed. Some small number of the corporations, like L’Oreal and Sanofi, have substantial sales outside of France. But the index also includes companies that are hugely vulnerable to Europe’s troubles. Among these are the banks BNP Paribas and Credit Agricole. Battered car company Renault is also part of the index.

It may be that hope about the future of the French economy is the foundation of the relative success of the CAC 40. If so, the index is bound to fall sharply.