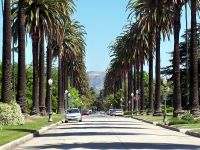 Source: Wikimedia Commons/creative commons
Median household income in the United States declined for the second straight year, according to data released from the U.S. Census Bureau today. Income was $50,502 in 2011, more than 8% below the 2007 pre-recession peak.

These are America’s richest states.