The World's Best (and Worst) Economies 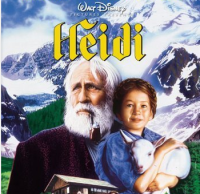 For most of the 20th century, the United States has been considered the world’s economic superpower. And up until four years ago, the World Economic Forum would agree. In 2008, it ranked the U.S. as the most globally competitive economy in the world. This year, when the group published its annual Global Competitiveness Report, the U.S. ranked seventh.

Like other competitive economies, the U.S. performs well in almost all the economic measures that the report considers. However, in recent years the country’s political conflicts and growing debt have become a problem. Public confidence in elected officials has dropped following the debt ceiling crisis in 2011 and the current struggle over the “fiscal cliff,” Kevin Steinberg, chief operating officer of the WEF, told 24/7 Wall St. in an interview.

According to the WEF, competitiveness reflects the level of productivity of a country, based on its institutions, policies and economic factors. In its study, the WEF groups the 144 countries it surveys into one of three economic categories. “Factor-driven” economies are the least developed and rely on low-skilled labor and natural resources. More developed countries are considered “efficiency-driven” economies because they turn to improving output. The most developed economies, which focus on improving technology and new product and idea development, are considered “innovative.”

To create the Global Competitiveness Index (GCI) score for each country, the WEF ranked more than 100 economic indicators divided into 12 broad categories, referred to as pillars, that quantify the extent to which a country is competitive. The economic indicators and pillars were then scored 1 to 7. To rank the countries, some economic measures were weighted more heavily than others, depending on how the economy was categorized.

In the case of Burundi, which was ranked the least competitive globally, 65% of the country’s competitiveness ranking was based on economic measures that reflect what the WEF calls “basic requirements,” such as a country’s infrastructure and institutions. Only 5% of the ranking was determined by “innovation and sophistication” factors, which are used to rank the most developed countries.

In the case of Switzerland, the most competitive country, basic requirements accounted for only 20% of the ranking, while 30% was based on innovation and sophistication factors, like the availability of scientists and engineers and local supplier quality and quantity.

The most competitive countries generally had high scores among most economic measures, ranking among the best in technological readiness, business sophistication, and higher education. In the case of innovation, nine of the 10 countries with the highest ranks were among the most competitive economies overall. Switzerland received the highest ranking on company spending on research and development along with the highest mark for university-industry collaboration on research and development.

However, there were exceptions. Many of the competitive countries had less than stellar scores on macroeconomic environment, an economic measure reflecting the broader economy, because of high debt levels. According to Steinberg, public debt “is definitely an obstacle for many of the highly developed and competitive countries.” In addition to the U.S. he pointed to Japan, a highly developed economy that has been driven into debt due to high entitlement spending.

These are the 10 most and least competitive global economies.