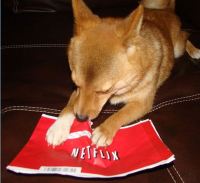 Source: Wikimedia Creative Commons, JohnnyMrNinja
The stock market is down Monday, with the Dow Jones Industrial Average down 0.33%, the Nasdaq down 0.62% and the S&P 500 down 0.46%. Today’s winners include a telecommunications equipment provider filing a patent lawsuit and a popular content-streaming company upgraded by a major bank. Today’s losers are a prepaid card likely to lose business from its biggest revenue provider and a biotechnology firm that will come in with weaker revenue in the third quarter than previously expected.

These are Monday’s market winners and losers.

Shares of Vringo Inc. (NYSEMKT: VRNG) are up 16.92% to $5.31 on trading volume of 6.8 million shares. The company has filed a lawsuit against ZTE Corp., accusing it of infringing on patents for handsets and other gear. The 52-week high is $5.55.

Shares of Green Dot Corp. (NYSE: GDOT) are down 18.75% to $10.44 on trading volume of 2.8 million shares. The prepaid card company will likely lose business as Wal-Mart Stores Inc. (NYSE: WMT), where the company gets the majority of its revenue, has announced it would boost sales of a competing product from American Express Co. (NYSE: AXP). The 52-week low is $9.05.