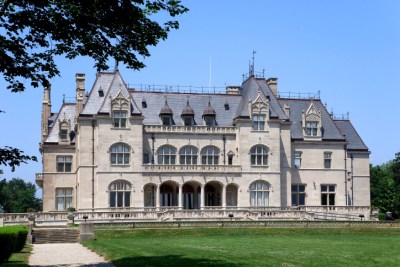 Source: Thinkstock
A little-known Northern California town, established more than 100 years ago on a tract of land owned by a Scottish liquor wholesaler named James Ross, offers some of the nation’s most expensive homes. The area, a San Francisco suburb north of the Golden Gate Bridge, is a leafy retreat for celebrities, executives and a few politicians.

But even Ross can’t keep pace with Alpine, NJ, where the median home sale is $6.7 million and prices have jumped 41% year over year, according to Realtor.com. Where Ross flies under the radar of media scrutiny, residents of Alpine inevitably get attention. In a town where single-family homes sometimes list for more than $50 million, the current most expensive listing is a seven-bedroom, 12-bathroom mansion priced at $18.5 million.

Though wealthy neighborhoods hold their appeal through storms, recessions and stock bubbles, even Ross stumbled considerably in recent years before bouncing back with a vengeance in the last 12 months. The greater San Francisco area saw a 38.6% decrease in home values from 2006 to 2011, according to Jennifer DuBois, a director at Realtor.com, which supplied 24/7 Wall St. with data about America’s 10 most expensive zip codes for home buyers. This year, median list prices in Ross’ zip code, 94957, have shot up more than 73% from a year ago.

While Ross’ recovery is impressive, wealthy neighborhoods are not leading the nation’s housing recovery. “We have started to see a recovery in key housing indicators such as median list price and inventory,” says DuBois of the nation’s wealthiest neighborhoods. “But these luxury areas are not recovering as fast as some less expensive areas, such as Bakersfield, Calif. or Oakland, Calif.”

The housing recovery is benefitting from tighter inventories and eager buyers willing to pay higher prices to make a purchase — especially in these high-end markets. Nearly every neighborhood on the list has a smaller inventory of homes for sale than it did one year ago. And top-notch neighborhoods are anything but a secret: DuBois says that these 10 zip codes are all in the top 50 most-searched-for metropolitan statistical area on Realtor.com.

Another factor driving competition for high-end homes is an increase in international buyers, particularly in the past three years, says DuBois. And these buyers aren’t bottom-feeding for bank-owned properties. They are looking for homes in the $250,000 to $500,000 range, well above the national median list price of $191,500. There’s also been a surge in demand for homes priced at more than $1 million. Even more telling: more than three in five of these international purchases are made in cash, a ratio that has continued to rise since 2007, according to Realtor.com.

Based on home price data provided by realtor.com, 24/7 Wall St. identified the 10 U.S. zip codes with the highest average listing price for the month of September. Realtor.com also provided September values, as well as one-year and one-month changes in list prices, median age of inventory, and total number of homes listed. In order to reflect local economic measures, 24/7 Wall St. identified school districts within each zip code, and obtained data from the U.S. Census Bureau on income, poverty, and educational attainment for 2010, the most recent available data for these areas.

These are the most expensive neighborhoods in America.