13 Pro Teams Running Out of Fans 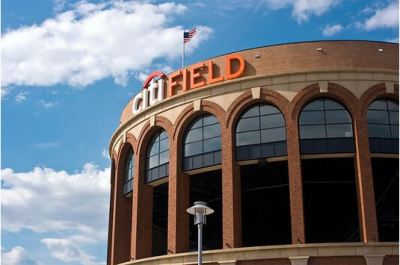 Source: Flickr / rOsss
As the National Hockey League lockout drags on deep into November with no end in sight, franchises are losing millions of dollars. Many contend the lockout has killed momentum the NHL gained in recent years, at least as measured by game attendance. The sport had more fans going to games. In all but eight markets, the average hockey team’s home attendance was up compared to 10 years prior.

Losing fans, particularly losing fans willing to shell out cash to attend games, is extremely troublesome for most franchises. The best way for teams to keep fans coming to games is to win games. The attendance of several teams in each sport has fallen mainly because of bad play, poor management, or being based in a market with a struggling economy. Based on 10-year change in attendance of home game of teams in the four major sports leagues — NHL, MLB, NBA and NFL — 24/7 Wall St. identified the teams with the worst declines in attendance.

In an interview with 24/7 Wall St., Sports Business Journal Research Director David Broughton explained that teams must draw fans to their stadium or they stand to lose more than just ticket sale revenue. The person that doesn’t go to the game “isn’t going to buy concessions, isn’t going to pay for parking, spend the other money in the ballpark or arena that they would have otherwise.”

Broughton noted “The number one effect on attendance — positive or negative — is on-field performance.” Indeed, the vast majority of the 13 teams with the biggest declines in attendance over the past 10 years have either performed increasingly poorly or have remained poor performing teams.

Several teams are not necessarily the worst, but their success as a sports franchise has fallen dramatically compared to 10 years ago. In the 2002 season, the MLB’s Arizona Diamondbacks were just coming off a World Series victory and home game attendance was nearly 40,000. While the team made the playoffs a few more times over the past 10 years, it missed them more often, and average fan attendance dwindled to roughly 27,000 per game. The NBA’s Detroit Pistons, another team that made our list, were either first or second in their division for seven seasons in a row. They have been fourth or fifth in the past three seasons. Their average attendance has fallen by 22.3%.

Several teams on our list have had stadium changes, and they may argue attendance has been affected by reduced seating capacity. If fans were packing the smaller stadiums to see games, they may be right. But the fact is that nearly every team on our list fails to fill its stadium to capacity, and their average rate of filling to capacity is worse than the majority of teams in their leagues. No team on our list exceeded 85% average capacity in the most recent completed season, and many teams fare far worse. The Seattle Mariners, which made our list, filled home games to an average of just 44.4% capacity during the 2012 season, the worst in baseball.

Using records provided by ESPN, 24/7 Wall St. examined changes in average home attendance for the four major league sports teams for the most recent fully completed season and compared it to the season ten years prior. In the case of SportsBusiness Journal, one of the leading sports industry trade publications, provided home ticket sales for the 2001-2002 NFL season. 24/7 Wall St. reviewed win-loss records during that period, including the combined win-loss record of the ten most recent completed seasons for each sport, also provided by ESPN. We also considered team revenue and sales, calculated by Forbes.

These are the 13 pro teams running out of fans.