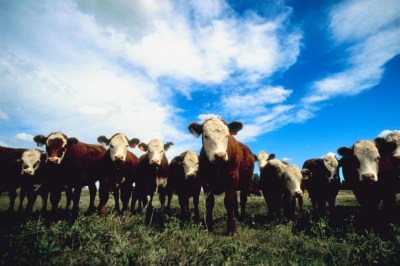 Source: Thinkstock
The U.K. Falls Back in Recession

The United Kingdom is the latest developed nation to be threatened by a credit agency that sees its sovereign prospects as weakening. Many economists believe the nation has tipped into a triple-dip recession. Austerity measures probably have started to work against an economy that needs financial stimulation. And Britain may withdraw from the European Union eventually, which might hurt its trade prospects. The future of the United Kingdom remains much better than that of most other EU members, but may be little better than France’s and much worse than Germany’s. From CNBC:

The U.K. faces a “significant” risk of losing its triple-A rating, as its economy has worsened since it was placed on negative outlook last year, David Riley, Fitch Ratings global managing director for sovereign ratings. We have had the U.K. on a negative outlook for almost 12 months and during that period, the economic and the fiscal outlook has actually deteriorated,” Riley said.

Royal Bank of Scotland Group PLC (NYSE: RBS) may have to settle criminal charges with the United States based on allegations that it manipulated interest rates. This could, in turn, cause sharp cuts in employee compensation. According to The Wall Street Journal:

U.S. authorities are pushing for a settlement of interest-rate-rigging allegations with Royal Bank of Scotland Group PLC that would result in a unit of the big British bank pleading guilty to criminal charges in addition to paying a penalty, according to people briefed on the negotiations.

Royal Bank of Scotland Group Plc, Britain’s biggest publicly owned lender, may reduce the bonus pool at its investment bank by more than a third as it prepares to pay fines to U.S. and U.K. regulators for Libor manipulation, a person with knowledge of the plan said.

RBS is poised to set aside about 250 million pounds ($393 million) for bonuses at the division, compared with 390 million pounds for 2011, said the person, who asked not to be identified because a final decision is yet to be taken. RBS plans to recoup between 100 million pounds and 150 million pounds from the bonus pool to offset the 500 million pounds it expects pay in fines to regulators to settle allegations of rate-rigging as soon as next week, two people with knowledge of the matter said earlier this month

Microsoft Corp.’s (NASDAQ: MSFT) major worry is that its new Windows 8 operating system will not post impressive sales. This would be, primarily, because people have moved their computing platforms from personal computers (PCs) to tablets and smartphones. However, another threat may have emerged — the rise of the Google Inc. (NASDAQ: GOOG) Chrome OS-powered PC. According to Xbit:

As Microsoft Corp.’s Windows 8 operating system has so far failed to substantially boost demand towards personal computers, Google Chrome-based laptops are getting more popular, according to a highly-ranking executive from Acer Group, a top PC maker. But while sales of the so-called Chromebooks are strong, they cannot save companies like Acer from posting major declines of shipments.

Laptops with Google Chrome operating system accounted for 5% to 10% of Acer’s U.S. shipments since introduced in November, 2012, according to Jim Wong, the president of the company. Moreover, the executive expects that sales of Chromebooks are sustainable and going forward in the long-term future they will continue to be a success for the company, especially once they are available on developing markets.