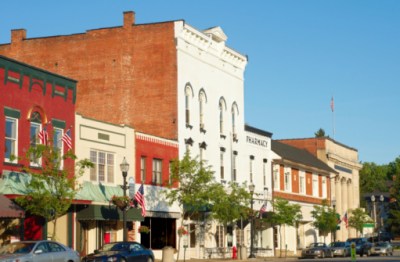 Source: Thinkstock
The January expiration of the 2% temporary cut in payroll taxes is beginning to exact its toll on the U.S. economy. A recent survey from the National Retail Federation (NRF) confirms what everyone suspected would happen.

According to the survey, 58.2% of Americans say their spending plans have been negatively affected by the change to the federal payroll tax. Nearly half (45.7%) indicate that they plan to spend less, about a third expect to dine out less often, and a quarter will give up “little luxuries” such as manicures, coffee shop visits and higher-priced cosmetics. The NRF’s CEO said:

We cannot grow the nation’s economy until consumers consume. A smaller paycheck due to the fiscal cliff deal early last month, higher gas prices, low consumer confidence and ongoing uncertainty about our nation’s fiscal health is negatively impacting consumers and businesses across the country.

In its earnings report today, Wal-Mart Stores Inc. (NYSE: WMT) noted that many of its customers are awaiting tax refund checks this year before heading out to stores. The NRF survey offers little support for Walmart’s claim. Among those survey respondents expecting a tax refund this year, only about 30% plan to spend the money. The rest plan to save it or to use it pay down existing debt.

This could also spell trouble for the discount sellers like Family Dollar Stores Inc. (NYSE: FDO), Dollar Tree Inc. (NASDAQ: DLTR) and others, to say nothing of the impact on the mom-and-pop stores in every city and town in the United States.