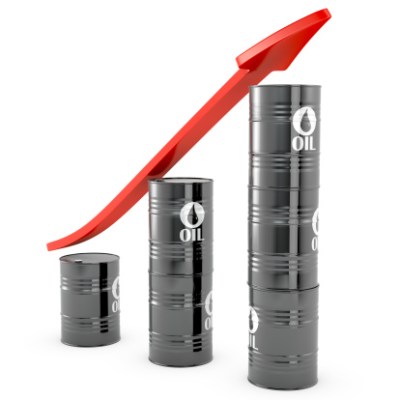 Source: thinkstock
It would be the understatement of the year or the decade to simply say that the Eagle Ford Shale oil and gas region is making people rich. In fact, it is fairly easy to argue that this is the new Spindletop. A report from the Center for Community and Business Research in The University of Texas at San Antonio Institute for Economic Development has an even larger projection than they had last year. It should be impressive enough that the Eagle Ford was said to generate some $61 billion in total economic impact in 2012 according to the report. The prediction that the region will get to $89 billion in total economic impact in ten years is even more impressive.

A projection of 116,000 full-time jobs is certainly a big draw inside the study data. It is derived from the fourteen oil and gas-producing counties and six more surrounding counties which are deemed to be staging areas.

We do not yet have the full study results, which are to be available later in the week. Some of the summary notes show that the Eagle Ford generated $61 billion and 116,000 jobs for the 20-county region in 2012, ultimately getting to $89 billion annually and 127,000 jobs for the 20-county region by 2022. After looking at the prior year’s projection from the Center, the numbers even from 2021 to 2022 look to have great gains: The study projected that by the year 2021 the Eagle Ford Shale could produce around $62.2 billion in output and up to $34 billion in gross regional product.

The Center for Community and Business Research showed that the 2011 impact included over $19.2 billion in output, about $10.5 billion in gross regional product, $211 million in local government revenue, $312 million in state revenue, and 38,000 jobs.

Another source for tracking these developments in the Eagle Ford Shale is the EagleFordShale.com website. Their most recent data showed that the Eagle Ford regional rig count was at 240 as of March 22, 2013.

This is a topic that needs to be closely monitored ahead. Merely mentioning “shale” kicks up environmental groups and stirs up those who want the world to run on alternative and renewable energies. But then there are the hundreds of thousands of jobs around the country supporting the shales that require no taxpayer subsidy and which are high-paying jobs. You also have to consider the billions and billion of dollars in state, local, and even federal taxes which come from the shale oil-producing regions.