An IPO for the U.S. Postal Service 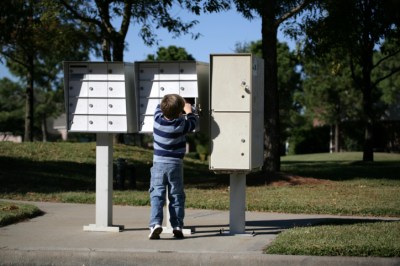 Source: Thinkstock
Royal Mail Group Ltd., the U.K. postal operation, will go public soon. Among the reasons appears to be that the government would like to make money on the value of the institution and avoid the losses that being in the old-time post office business brings. If the British postal service can go public, the solution to the deep troubles of the U.S. Postal Service (USPS) may be to set an IPO as well.

The barrier to a USPS initial public offering is the huge retirement funding obligation it has, and whether the new public company would be obligated to take and fund it. It is hard to determine what the future of this mandate is. Perhaps if the Post Office was free from the clutches of Congress, the mandate could be ended, or at least altered in a way that would not make it so much of a burden.

The U.S. Postal Service had a loss of $740 million in its fiscal third quarter. Management said:

Contributing to the third quarter loss were continued expenses for the legally-mandated prefunding of retiree health benefits, the continuing decline of First-Class Mail volume and the continuation of six-days-per-week of mail delivery.

Slightly before the figures for the quarter were released:

Postmaster General Patrick R. Donahoe told a House committee today the Postal Service continues to face systemic financial challenges because it has a business model that does not allow it to adapt to changes in the marketplace and it does not have the legal authority to make the fundamental changes that are necessary to achieve long-term financial stability.

Even if management has the will to change, it does not have the way.

Likely, Congress wants to be rid of the USPS problems. The nagging need for more money is a large enough problem, and politically charged enough, that the best option has been to leave the issues unaddressed. The ongoing and probably endless financial obligations may be overshadowed by the fact that members of Congress do not want post offices in their districts shuttered. Some number of jobs are lost each time a post office is closes. Each member of Congress would like offices to close in some other district, as long as it is not his or her own.

At the center of Donahoe’s plan to revive the financial health of the organization is a restructuring of the retirement fund obligation, and perhaps even an end to it, as the obligation is constituted now. Donahoe does not want to deprive his employees of their benefits. He just wants an end to the fashion in which these benefits are financially accrued.

An IPO of the USPS has a benefit beyond the possible changes to employee benefit obligations. It would allow Donahoe the chance to cut tens of thousands of jobs and close hundreds of offices. As is the case with the Royal Mail Group, employees will be willing to do anything possible to thwart a privatization. If USPS management could overcome that, the organization, with costs cut and benefit obligations changed, could move to profitability almost instantly.

Donahoe also would like to go into a number of businesses that would leverage the organization’s infrastructure and large distribution network as a means to offset the drop in first class mail. But the road to profitability, at least short term, has strictly to do with the freedom to cut and restructure.

The government might not make much of an IPO, but it would get out of a business that needs constant funding, and which continues to be a political hot potato.