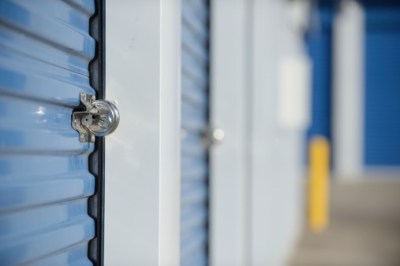 Source: Thinkstock
In the five periods of rising interest rates since the modern real estate investment trust (REIT) era began in the early 1990s, the REIT analysts at Jefferies found that REITs outperformed the broader market two of these times. This outperformance resulted from rising property values during these periods. This correlates well to 2014, when property values are seeing solid gains after the real estate massacre that started in 2008.

The Jefferies team remains very positive on the large cap names with high-quality portfolios. While they have top stocks to buy, they are very cautious on the overall sector. They also point out that 2014 is likely the year the IRS gives clarity on REIT conversions, which should drive conversions and mergers and acquisition (M&A) activity. In addition, after they largely underperformed the S&P 500 last year, the Jefferies team thinks that the top names to own will generate total return more in line with the market in 2014.

Here are the “lucky seven” top REIT stocks to buy from Jefferies.

Extra Space Storage Inc. (NYSE: EXR) is in the category the Jefferies team prefers, storage. The company announced this week the acquisition of a self-storage portfolio of 17 assets located in Virginia for an approximate purchase price of $200 million. In addition, the company has an additional five properties under contract for a purchase price of about $58.0 million. Investors receive a 3.8% distribution. We remind our readers that REIT distribution may contain return of principal. The Jefferies price target is $50. The Thomson/First Call estimate is $48.77. The stock closed Thursday at $42.49.

Federal Realty Investment Trust (NYSE: FRT) disclosed this week the buyout of a controlling stake in two shopping centers –The Grove at Shrewsbury and Brook 35 — in New Jersey. The company has capitalized on expansion opportunities in premium markets, which has income growth and long-term value creation potential. Investors are paid a 3.1% distribution. The Jefferies price objective is $116, and the consensus target is $112.83. Federal Realty closed Thursday at $103.32.

HCP Inc. (NYSE: HCP) was upgraded to Buy this week at Jefferies and competes in the health care REIT sector. CEO Lauralee Martin, who took up the reins last year, has refocused on optimizing the profitability of the company’s existing assets, as opposed to pursuing acquisitions at any cost. Under Martin, the REIT has also sought to reduce its outstanding debt and interest expenses. Investors are paid a very solid 5.8% distribution. The Jefferies price target is set at $41, and the consensus is posted at $40.25. HCP closed Thursday at $37.41.

Public Storage (NYSE: PSA) is upgraded to buy and is one of the best known REITs, with locations across the United States. The company bills itself as the “Coca-Cola of real estate,” a lofty name to live up to. Public Storage is the top player in its industry because of its brand name. In a solid industry benefiting from “life events” such as moving, death and divorce, Public Storage has grown its funds from operations almost every year since 1998. Investors are paid a 3.7% distribution. The Jefferies price objective for this industry behemoth is $175, and the consensus target is $166.59. Public Storage closed Thursday at $153.05.

Sabra Healthcare REIT Inc. (NASDAQ: SBRA) is another REIT in the fast-growing health care industry. The company recently used a large debt offering to tender $350 million senior notes that were priced almost 3% higher in yield than their new issue. This will provide the company a much lower interest cost going forward. Investors receive an outstanding 5.2% distribution. Jefferies has a $30 target, and the consensus number is at $30.17. The stock closed Thursday at $26.27.

Simon Property Group Inc. (NYSE: SPG) is another industry giant that is atop name to buy at Jefferies. The company recently announced plans to spin off its strip malls and smaller enclosed malls into a new company. That will allow the mall giant to focus on its higher-end enclosed malls and outlets. The move will be a good one for shareholders on multiple fronts, but such transactions do not always play out this well. Shareholders are paid a solid 3.1% distribution. Jefferies has a $175 price target, and the consensus target is at $180. Shares closed Thursday at $154.20.

QTS Realty Trust Inc. (NYSE: QTS) rounds out the lucky seven REIT stocks to buy at Jefferies. The company is one of the nation’s largest and fastest-growing providers of data center facilities and managed services, and it announced that one of the world’s largest Internet-based companies is expanding its custom data center relationship. The California-based company is expanding its committed deployment in QTS’ mega-data center facility in Atlanta-Metro. Investors are paid a 3.9% distribution. The Jefferies price target is set at $30, while the consensus objective is $26.43. Shares closed Thursday at $26.

With rising property values and solid business models that dominate their REIT spaces, the lucky seven Jefferies stocks are a solid buy for growth and income portfolios. The increase in rates will not even begin until 2015 most likely. The anticipatory nature of the bond market will start pricing that rise in long before then. These stocks should continue to show gains despite those anticipated increases.