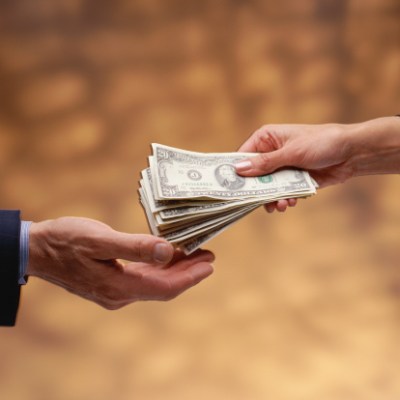 Source: Thinkstock
With the market posting some new all-time highs on an intraday basis this week, insider selling is not a surprise. We track this very important stat for our readers because if insiders are selling stock in their companies, it may be time for our readers to also consider a move to the exits.

Here are some of this week’s top insider sales.

Valhi Inc. (NYSE: VHI) caught a substantial size seller this week. The Dallas-based Harold Simmons foundation sold a whopping 1,124,529 shares between $5.00 and $5.08. That represents a huge $5.7 million in proceeds. That also may have been very poor timing as the shares were just above the 52-week low of $4.98 and traded Friday at $5.81.

Adobe Systems Inc. (NASDAQ: ADBE) has hit new highs and some insiders are hitting the bid. A senior vice president and the controller sold a total of 22,627 shares between $72.63 and $73.07. They may also be making a trip to the bank to deposit their $2 million in proceeds. Adobe was trading Friday at $71.98.

Progressive Corp. (NYSE: PGR) saw some very aggressive selling by the CEO. He hit the sell tape with a gigantic trade of 743,159 shares, which brought in a huge $19.2 million. That represented more than half of the CEO’s total holdings, which were shown on Yahoo! Finance to be 1,329,324. Progressive shares were trading Friday afternoon at $25.19.

Three of the four insider sellers are clearly taking profits near 52-week highs, and that is not surprising after the strong market run. When anybody sells a large block of stock near the low, it could mean it was a liquidity-driven event, or they have some serious reservations about the company.

Then there is the case of Veeva Systems Inc. (NYSE: VEEV). This cloud-based software solutions provider for the life sciences industry has been public only since last October. While other insider sales have been witnessed in June, the date of June 24 included three insider sales: directors Gordon Ritter and Kevin Spain, and Emergence Capital Partners II. Each was shown in SEC filings to have sold 3 million shares, worth $72.81 million a pop. Interestingly enough, these do not appear in the trading volume logs, so these may be part of a planned share sale or after a lock-up period. These three had previously sold 5.5 million shares each back in April in a secondary offering.

Another big sale was in McGraw Hill Financial Inc. (NYSE: MHFI), with Chairman Harold McGraw III selling 500,000 shares at $82.66 for some $41.3 million. He still holds 1.675 million shares direct and another 2.391 million indirect (options or restricted grants).