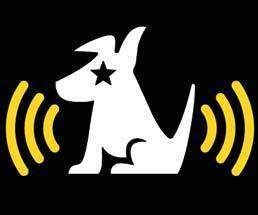 Source: Sirius XM
There has been some talk of late that corporations are starting to slow down on their waves of stock buybacks. It might make sense when you consider that many of the market’s most boring stocks are trading at 16 to 19 times expected earnings, coupled with the S&P 500 and DJIA are hitting new all-time highs each week. So, what are you supposed to think when Sirius XM Holdings Inc. (NASDAQ: SIRI) is adding to its stock buybacks?

The new approval increases to an aggregate of $6 billion the amount of common stock Sirius XM has been authorized to repurchase. Its market cap is just over $22 billion.

The satellite radio giant said that the shares being bought back may be purchased from time to time on the open market and in privately negotiated transactions. These buybacks can include accelerated stock repurchases with Liberty Media Corp. (NASDAQ: LMCA) and its affiliates.

Sirius indicated that it will fund the repurchases through its cash on hand, as well as from future cash flow from operations and future borrowings. Management said,

“The announcement of the extension of the repurchase program reflects the Board’s desire to continue to return value to stockholders and its confidence in the long-term growth prospects of the Company’s business.  SiriusXM retains sufficient capital capacity to continue making long-term investments in its programming, research and development initiatives and overall operations, as well as to pursue strategic opportunities that may arise.”

ALSO READ: 12 Analyst Stocks To Buy Under $10 With Massive Upside

Sirius XM recently set new record with is earnings report. Merrill Lynch recently said that it sees some 50% implied upside in Sirius XM shares. Sirius XM shares were down 0.4% at $3.38 at the close against a 52-week trading range of $2.98 to $4.18. The stock was indicated up over 1% in Tuesday’s after-hours trading session in reaction to the news. The consensus price target is $4.28.