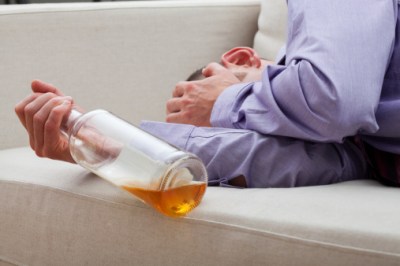 Source: Thinkstock
Alcohol consumption in the United States is not democratic. Among adults aged 18 and older, 30% don’t drink any alcohol at all. Another 30% consumes less than one drink per week. But the top 10%, which represents about 24 million Americans, consumes nearly 74 drinks per week, or more than 10 per day.

If someone is having 10 drinks per day, it is almost a cinch that someone is an alcoholic or a “heavy drinker.” If it weren’t for the heaviest drinkers the alcoholic beverage industry’s total sales would decimated.

One consequence is that the heaviest drinkers are of greatly disproportionate importance to the sales and profitability of the alcoholic-beverage industry. If the top decile somehow could be induced to curb their consumption level to that of the next lower group (the ninth decile), then total ethanol sales would fall by 60 percent.

What does that mean for some of the world’s largest distillers, winemakers and brewers? Would Anheuser-Busch InBev S.A./N.V. (NYSE: BUD) still have a market cap of $180 billion if people who now consume 10 drinks a day cut back to around two drinks a day, the consumption level of the ninth decile? In 2013, Anheuser-Busch InBev posted total revenues of $43.2 billion and made a net profit of $16.5 billion.

ALSO READ: Cities With the Most Dangerous Diets

SABMiller is the next largest alcoholic beverage maker, with a market cap of $89 billion. The company’s 2013 revenues totaled $34.5 billion and pre-tax profits came in at $3.25 billion.

The two largest alcoholic beverage firms in the world are brewers and to make the top 10% of drinkers solely on beer consumption means a person would have to drink about 10 cans of beer a day. That’s three cases of beer a week; cutting back to two cans of beer a week (the ninth decile) means that more than two-thirds of these companies’ beer sales would be lost.

Diageo PLC (NYSE: DEO) is the largest distiller, with a market cap of around $72 billion and Brown-Forman Corp. (NYSE: BF-A) is the next largest with a market cap of nearly $19 billion. Constellation Brands Inc. (NYSE: STZ) sports a market cap of almost $17 billion on sales of beer, wine and spirits. Lost sales for these companies is a bit harder to figure, but following Professor Cook’s formula, we may safely assume a loss of 60% of sales.

Two of these five companies do not pay any dividend, and Anheuser-Busch InBev’s dividend yield is the best, at 3.7%, ahead of Diageo’s 2.2% and Brown-Forman’s 1.6%. Compare those to the top tobacco companies: Philip Morris International Inc. (NYSE: PM) pays a yield of 4.6% and Altria Group Inc. (NYSE: MO) pays 4.7%.

Speaking of smoking, there are more smokers (42.1 million in 2012 according to the Centers for Disease Control) in the United States than there are heavy drinkers. Nearly half a million Americans, or 1,300 every day, die from the effects of smoking cigarettes. Tobacco use costs the U.S. about $289 billion a year in direct medical care and lost productivity.

The CDC reports that heavy drinking (defined as 15 or more drinks per week for men and eight or more for women) was responsible for about 88,000 deaths in 2006 and an economic cost of $223.5 billion. As a public health issue, heavy drinking is almost as costly as smoking.