Cities With the Most Dangerous Diets 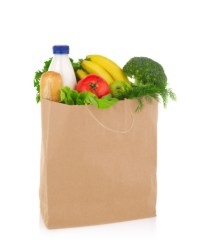 While most Americans can choose what they want to eat each day, in many regions that choice is considerably limited. A range of direct and indirect factors, including income, food availability and education, can shape eating habits. In some parts of the country, diets are particularly unhealthy.

Based on data from Gallup-Healthways Well-Being Index, the U.S. Census Bureau, and the U.S. Department of Agriculture (USDA), 24/7 Wall St. created an index of six measures to evaluate the regional diets of large American cities. The New Orleans metro area has the least healthy overall diet among all areas reviewed.

According to Dan Witters, research director at Gallup, while there are a complex array of factors contributing to diet, low income is the best predictor of poor eating habits. All but one of the metro areas with the worst diets had poverty rates well above the national rate of 15.9%. The McAllen, Texas, metro area was among the cities with the worst diets and also led the nation with 34.5% of residents living below the poverty line in 2012.

As a consequence, residents of the cities on this list struggle to even buy food. Exceptionally low proportions of residents in all these metro areas told Gallup they had enough money to buy food in the past 12 months.

Another major driver of unhealthy eating habits is the access residents have to fresh, healthy and affordable food. The USDA classifies low-income communities without access to such foods as food deserts. Witters explained that in the absence of close and affordable access to healthy food, people rely on alternatives such as fast food, which may be cheaper in some cases. In the New Orleans metro area, 50 communities were identified as food deserts as of 2010.

While affordability and access are the primary drivers of a particular diet, education also informs healthy lifestyles. “Lower-income people have a lower probability of being exposed to the health risks of poor eating habits and therefore are less conscious and sensitive to these realities and the choices that they make,” Witters said. In all but two of the metro areas with the worst diets, less than 30% of adult residents — roughly the national rate — had at least a bachelor’s degree in 2012.

According to Witters, low-incomes, poor access, inadequate health literacy and the associated poor diets result in a variety of negative health outcomes. With the exception of Springfield, Mass., obesity rates were higher than the national rate in all the metro areas with the worst diets.

Obesity, in turn, is associated with a number of other ailments. “The cities with higher obesity rates generally have higher diabetes rates,” Witters explained. “You’re also going to have things like heart attack,” he added, as well as “high cholesterol, and blood pressure.”

To identify the 11 cities with the worst diets, 24/7 Wall St. generated an index score from six different measures. The percentages of residents who ate five servings of fruits and vegetables at least four days in the previous week, had easy access to healthy food and who said they could afford food all came from the 2013 Gallup-Healthways Well-Being Index. The percentage of households relying on food stamps came from the Census Bureau. Food desert and grocery store access data came from the USDA. In addition to the six index components, we reviewed fast-food restaurants per 100,000 residents from the USDA, as well as health outcomes like obesity and diabetes rates from Gallup. All data are from the most recent period available.

These are the cities with the most dangerous diets.