Is That 10% Stock Market Correction Finally at Hand?

Source: Jon Ogg
Investors have become nervous again, and rightfully so. We have seen investors willing to step up to the plate on weakness and buy value or oversold stocks, but there is now a larger question to ask — is this finally becoming the fruition of that 10% stock market correction? It has been far too long since stocks have seen a 10% correction in the S&P 500 Index and Dow Jones Industrial Average.

24/7 Wall St. wanted to see what exactly a 10% correction would look like in the S&P 500 and in the DJIA. The good news is that these are close. The bad news: many investors may still have more fear once they see a 10% correction than they have in courage.

24/7 Wall St. has provided information and levels on the DJIA, the S&P 500, the Nasdaq and the VIX. Prices were in the final minutes of trading on Monday rather than on exact closing prices. Also in oversold readings, here are the worst performing S&P 500 stocks of 2014 – and look at how poorly solar shares have performed!

ALSO READ: Is Verizon the Only DJIA Stock to Own in a Sell-Off?

The CBOE Volatility — the VIX or Fear Index — has also risen handily since the volatility and selling have come into play. The VIX was up 3.19 at 24.43 (up 15%) on last look. We have a chart on that as well after the Dow and S&P charts below.

We have included a DJIA chart and S&P 500 chart from StockCharts.com below to show the moving average violations that have taken place. 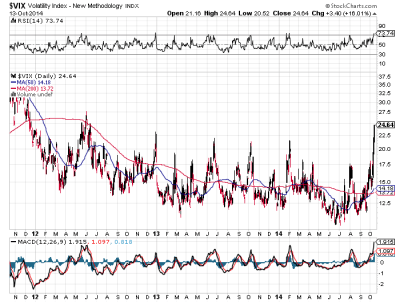 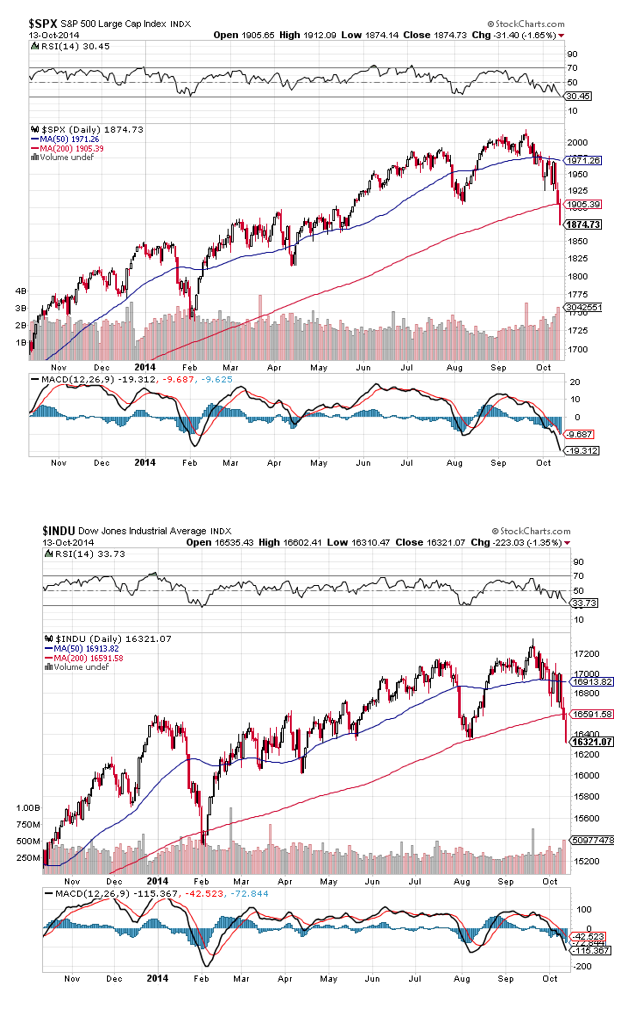