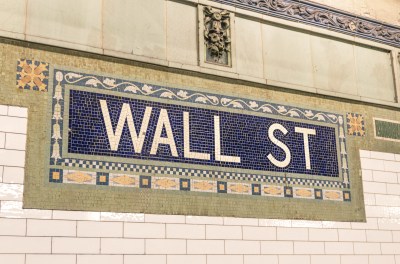 Source: Thinkstock
Stocks were indicated higher on Thursday after the Federal Reserve restated that it would remain patient and would pay attention to international pressures. 24/7 Wall St. reviews dozens of analyst research reports each morning of the week to find new investment and trading ideas for our readers. Some of these analyst calls cover stocks to buy, and others cover stocks to sell or avoid.

These are this Thursday’s top analyst upgrades, downgrades and initiations.

Alpha Natural Resources Inc. (NYSE: ANR) was started as Underperform with a $1 price target (versus a $1.03 close) at Macquarie.

Apple Inc. (NASDAQ: AAPL) saw a whole slew of analyst target prices raised on Wednesday after the strong earnings report. Now we have Argus reiterating its Buy rating and raising its price target to $135 from $125 as well.

Boeing Co. (NYSE: BA) was reiterated as Buy and the price target was raised to $160 from $150 at Canaccord Genuity. RBC Capital Markets raised its target to $145 from $141, but the firm only has a Sector Perform rating.

Facebook Inc. (NASDAQ: FB) is starting to see slower growth with earnings. The social media giant was reiterated as Buy and the price target was raised to $90 from $88 at Canaccord Genuity. Credit Suisse maintained its Outperform rating but raised its price target to $104 from $102 in the call.

Helmerich & Payne Inc. (NYSE: HP) was downgraded to Sell from Neutral at Citigroup after reports of layoffs, although the company did beat earnings.

Infosys Ltd. (INFY) was downgraded to Underperform from Hold at Jefferies.

Petróleo Brasileiro S.A. (NYSE: PBR), or Petrobras, was downgraded to Underweight from an already cautious Neutral at HSBC.

Qualcomm Inc. (NASDAQ: QCOM) was maintained as Buy and the price target was raised to $84 from $90 at Canaccord Genuity. A firm called Northland Securities downgraded it to Market Perform. Shares were indicated 8% lower after earnings and guidance, with a weakness in China. Credit Suisse maintained its Outperform rating, but it lowered its price target to $80 from $85.

ALSO READ: The 5 Most Shorted NYSE Stocks in Early January

Koninklijke Philips N.V. (NYSE: PHG), or Philips, was downgraded to Hold from Buy at Deutsche Bank.

Wipro Ltd. (NYSE: WIT) was downgraded to Underperform from Hold at Jefferies.

In case you missed Wednesday’s top analyst upgrades, downgrades and initiations, they were in shares of AOL, Caterpillar, Goodyear, Southwest, Synchrony, Yahoo and a dozen or so other stocks.