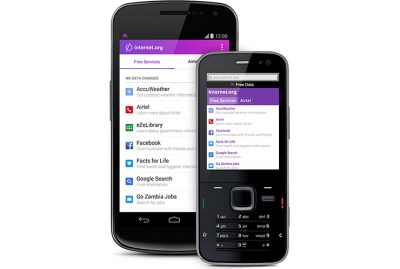 Facebook has been on a huge roll the past three earnings-reporting quarters, and many on Wall Street feel that the stock has more of room to run (see analysts calling for $100+ stock). Mobile revenue and advertising numbers have skyrocketed. Still, the stock slid marginally lower after earnings.

However, despite this earnings beat, shares were lower in after-hours trading. If you only read the headlines on news aggregation services, they are all positive and touting that Facebook beat earnings on massive revenue growth. There is a reason the shares did not rise as the headlines from other news sources might have indicated. That would be that Facebook investors have to consider the company growing at a slower rate than previously seen.

Another risk and weight on the company is that Facebook is not turning out to be immune to the woes of foreign exchange. Overall revenues increased by 49% from the fourth quarter of the previous year, but revenues were represented as having a would-be gain of 53% if it were not for that negative currency impact.

And on the slower growth ahead, Thomson Reuters sees earnings per share growth of 14% on 37% revenue growth in 2015. If those are anywhere in-line with estimates, they would compare to an expected 90% growth in earnings and 57% growth in revenue from 2013 to 2014. Facebook also trades at almost 40 times expected 2015 earnings per share. Many companies would love to have growth numbers of this sort, but Facebook’s investors of the past have been used to more growth than what might be expected on the baseline scenario for 2015.

Facebook reported an operating margin of 58%, which was consistent with the fourth quarter from the previous year. Free cash flow was $1.07 billion for the quarter.

Payments and other fees revenue was $257 million, a 7% increase compared to last year’s fourth quarter.

Recently, video has become a popular feature among users of Facebook’s social media app. The company has said the video posts have risen by 75% worldwide and by 94% in the United States in 2014, according to a report at The Wall Street Journal.